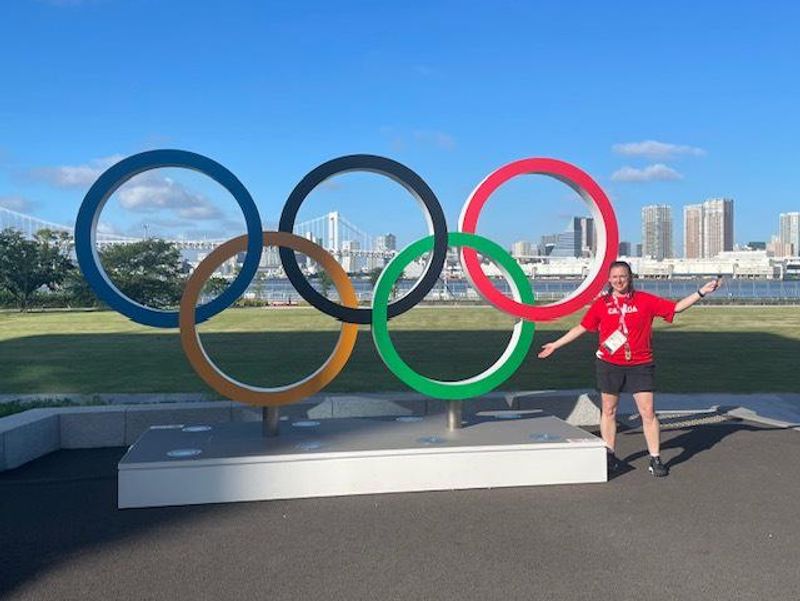 As Winter Olympics Nears, America's Athletes May Be More Stressed Than Ever

With America's best skiers, skaters and snowboarders now heading to the Winter Olympics, a team of mental health professionals will be in Beijing to help them perform under the double strain of intense competition and a pandemic.

One of those professionals is Dr. David Baron, provost of Western University of Health Sciences in Pomona, Calif. He'll enter the Olympic Village in Beijing as the only psychiatrist providing on-the-ground mental health care for Team USA. Baron had worked as a volunteer psychiatrist during several Olympic games dating back to 1984. This time, he will be one of the first psychiatrists that Team USA has brought to the games in an official capacity.

According to Baron, mental health care for Olympic athletes has traditionally been handled by psychologists, who are not medical doctors and cannot prescribe medications. Most often, the role of a sports psychologist is to use psychological techniques to improve things like confidence and concentration.

"There's a long legacy of sports psychologists, particularly at the Olympics and in sporting events, focusing on performance enhancement -- visualizing, for example, you are a bullet being shot out of a gun at the start of a race," Baron explained. "But sports psychiatrists deal more with athletes who have mental health issues."

They'll certainly need his help, this year of all years.

For many elite athletes, the pandemic has continuously interrupted training routines and limited access to coaching staff and key specialists, such as nutritionists, physical therapists and chiropractors. As happened with the Tokyo Olympics, the upcoming winter games are also mired in uncertainty because of the coronavirus crisis. Athletes will have to navigate strict COVID protocols, all while competing in front of very limited crowds of spectators.

However, when the Winter Games begin on Feb. 4, members of Team USA can meet with Baron at a walk-in clinic where several types of physicians will be on-call to help them.

Baron is a doctor of osteopathic medicine (DO), which is a medical degree that requires the same amount of schooling as a traditional medical degree. But osteopathic doctors are taught to consider a patient's overall health and wellness, rather than treating symptoms independently. According to Baron, this approach works well with athletes because it enables him to treat their concerns in a broader context that considers nutrition, rest, recovery and injury prevention. Osteopaths also tend to prescribe medications more sparingly, which is helpful to Olympians who are prohibited from taking many drugs during competitions.

The recent focus on mental health among Olympians reflects a deliberate and coordinated shift by the United States Olympic & Paralympic Committee.

Back in 2019, the International Olympic Committee asked Dr. Todd Stull, a sports psychiatrist from the University of California, Riverside, to help create a set of guidelines for treating mental health issues in elite athletes. Soon after, the U.S. Olympic Committee hired a full-time staff of mental health experts and created a registry for Olympians to find highly qualified providers near their homes.

When the Tokyo Olympics came around in July 2021 after being postponed for a year because of the pandemic, the United States brought along a team of mental health officers, including Stull, for the first time.

In Tokyo, Stull said he saw the pandemic's effect on Olympians firsthand. He spoke with athletes who felt unprepared for competition because of all the turmoil. Some experienced disruptions in their usually strict sleep and nutrition programs, and many others felt the damaging effects of isolation and loneliness. While these pandemic-era concerns are certainly not unique to elite athletes, this group tends to be more reliant on strict routines, he noted.

"Routines breed trust and are really important for athletes," Stull explained. "And when they're disrupted, it creates an underlying kind of uneasiness or anxiety. And so, we're seeing higher numbers of people with some degree of mild, moderate or severe difficulty managing their emotions or mental health issues. Substance use is up as well, which complicates things even further."

Although Olympians are often viewed as superheroes by millions, they are a "neglected population" in terms of mental health, said Dr. Carla Edwards, president of the International Society for Sports Psychiatry and a mental health advisor to the Canadian Olympic Swimming and Cycling teams. "They struggle just like everybody else, but they have all these additional stressors and pressures on top of them that the average person doesn't have."

That has led to several high-profile mental health crises in the Olympic community.

Michael Phelps, the most decorated Olympian of all time, has shared his battle with depression and suicidal thoughts and since become an outspoken advocate for mental health awareness in sports. Then, at the Tokyo Olympics, gymnast Simone Biles suddenly withdrew from multiple events, citing mental health concerns as one of her reasons why.

Their bravery has lessened the stigma of mental issues and forced sports organizations to pay attention.

"The landscape has changed significantly, and continues to do so," Edwards said. However, less prominent athletes with less financial stability may not feel as safe.

And not getting mental health care can doom performance.

Surprisingly, a lack of self-confidence is a common theme underlying mental health issues in many athletes, according to Edwards. She says this problem "pops up even in world champions and world record holders, who will still have a belief that they're no good at what they do."

With mental health support increasing, there is hope that Olympic athletes who could not reach the highest levels of competition because of ignored and untreated conditions will now have a chance to make their dreams come true.

You can find out more about Team USA's mental health initiatives at TeamUSA.org.