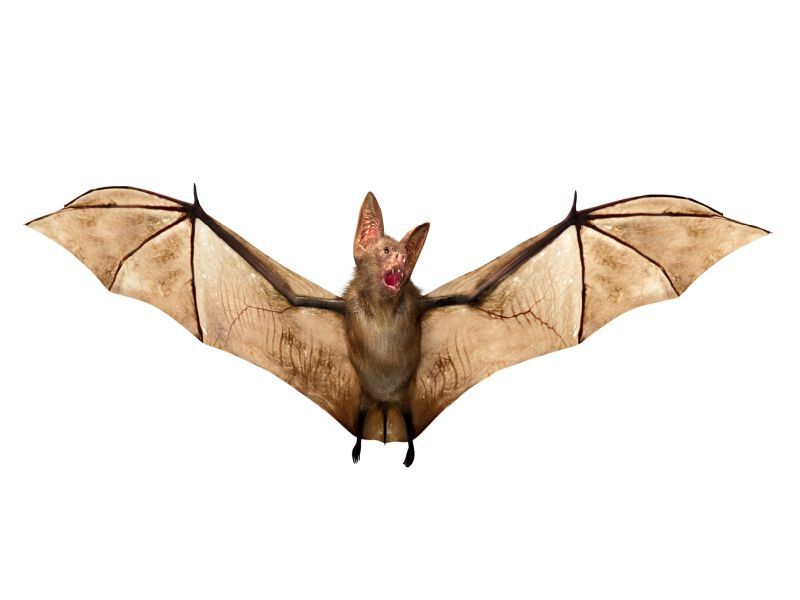 CDC Warns of Rise in Rabies Linked to Bats

Three people died recently in the United States recently from rabies linked to bats, the U.S. Centers for Disease Control and Prevention said Thursday. They bring the total number of U.S. rabies cases in 2021 to five.

That's a sharp rise over prior years -- no reported rabies cases in people were reported in the United States during 2019 and 2020, the CDC noted. Overall, the number of rabid bats reported to the National Rabies Surveillance System has been stable since 2007.

The three recent deaths occurred over a five week span between late September and early November in Idaho, Illinois and Texas. They included a child.

Two of the cases were considered avoidable exposures. In one, a bat roost was in the victim's home. In the other, the victim picked up the bat with bare hands. Two victims freed the bat instead of capturing it for testing.

"We have come a long way in the United States towards reducing the number of people who become infected each year with rabies, but this recent spate of cases is a sobering reminder that contact with bats poses a real health risk," Dr. Ryan Wallace said in a CDC news release. He's a veterinarian and rabies expert at the agency.

Exposure to infected bats is the leading cause of rabies in humans in the United States, accounting for 70% of cases.

If you've come into contact with a bat -- or even think you may have -- keep this in mind: Bat bites don't always leave a visible mark, according to the CDC. Rabies can spread through infected saliva.

You should be assessed by a clinical or public health provider if you have any direct contact with a bat -- or even suspected contact, such finding a bat in a room where someone has been sleeping or a child has been unattended.

The CDC said none of the individuals who died received post-exposure prophylaxis (PEP), shots that can prevent rabies from developing if received before symptoms start.

The four shots are administered in the upper arm.

Officials said the increase in cases might owe to lack of awareness about the risk of rabies and the importance of getting PEP after contact.

It typically takes between three weeks and three months for symptoms to develop after a bat exposure, but it can happen in more or less time.

While PEP is effective in preventing rabies until symptoms develop, rabies is nearly always fatal after symptoms start, the CDC said.

That's why receiving PEP soon after a possible exposure and before symptoms begin is critical. Rabies deaths are uncommon, but about 60,000 people a year receive PEP each year to prevent illness. PEP is 100% effective if administered prior to symptoms, the CDC said.

Avoid contact with bats, the agency urged. If you do have contact with a bat or even think you may have, call your state or local health department or animal control to help trap the bat for testing or safely trap it yourself.

Testing a bat to determine if it is rabid can help to determine whether you need PEP. Then contact your doctor or a local public health official to assess whether PEP is needed, the CDC said.

The three fatal cases were described in the CDC's Jan. 6 Morbidity and Mortality Weekly Report.