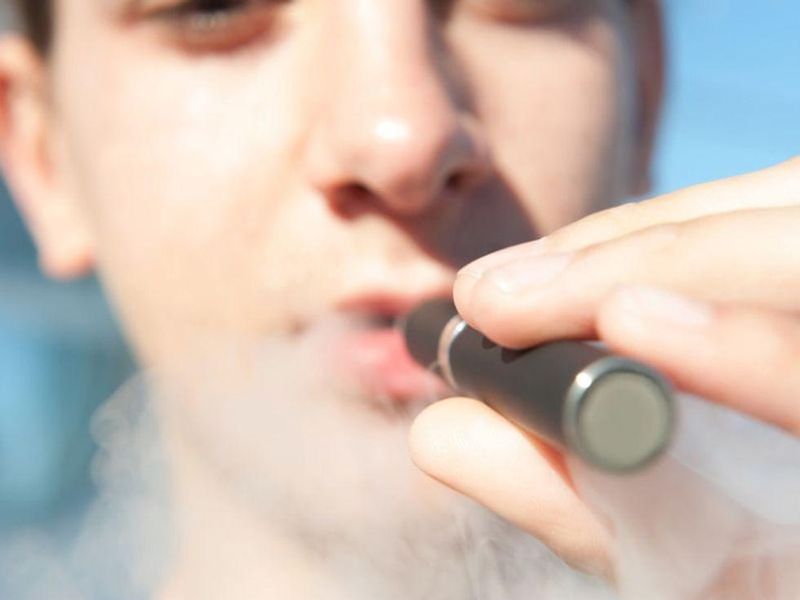 There may be a silver lining to the COVID-19 pandemic, with U.S. health officials reporting an "unprecedented" decline in teens' use of alcohol, marijuana, other illegal drugs and vaping.

"We have never seen such dramatic decreases in drug use among teens in just a one-year period," said Dr. Nora Volkow, director of the U.S. National Institute on Drug Abuse.

"These data are unprecedented and highlight one unexpected potential consequence of the COVID-19 pandemic, which caused seismic shifts in the day-to-day lives of adolescents," she added in an institute news release.

Rates of past-year marijuana use also decreased, falling from around 11% to about 7% among 8th graders, and from 28% to 17% among 10th graders. Pot use dropped from around 35% to less than 31% among 12th graders, the findings showed.

The findings are from the University of Michigan's Monitoring the Future survey. It is given annually to students in grades 8, 10 and 12.

Vaping's popularity rates also fell after COVID-19's emergence. It remains the predominant method of nicotine consumption among young people, who may not recognize the risks associated with e-cigarettes.

The 2021 decrease in vaping for both marijuana and tobacco was especially welcome, as it follows sharp increases in use between 2017 and 2019.

Still, more could be done to curb teen vaping, according to Matthew Myers, president of the advocacy group Campaign for Tobacco-Free Kids. In a statement, he said that "to end the youth e-cigarette epidemic for good, the FDA must clear the market of all flavored or high-nicotine e-cigarettes -- including menthol products -- and crack down on companies seeking to evade regulation with synthetic nicotine."

In another encouraging trend, past-year use of any illicit drug other than marijuana also fell across all three grades, declining to just under 5% in 2021 among 8th graders, to just over 5% among sophomores, and to a little more than 7% among high school seniors.

Significant declines in use were also reported across a wide range of drugs, including cocaine, hallucinogens, and nonmedical use of amphetamines, tranquilizers and prescription opioids.

"Moving forward, it will be crucial to identify the pivotal elements of this past year that contributed to decreased drug use -- whether related to drug availability, family involvement, differences in peer pressure, or other factors -- and harness them to inform future prevention efforts," Volkow said.

This year, the survey also asked students about their mental health during the pandemic -- a subject of much interest nationally. Respondents in all age groups reported moderate increases in feelings of boredom, anxiety, depression, loneliness, worry, difficulty sleeping and other negative mental health indicators.

The current survey included more than 32,000 participants at nearly 320 public and private schools nationwide. It was conducted from February through June 2021. About half the students identified as white, almost 17% as Hispanic, about 11% as Black, 5% as Asian and 0.9% as American Indian or Alaska Native. Almost 14% identified as multiple.

Richard Miech, the paper's lead author and survey team leader, said, "We knew that this year's data would illuminate how the COVID-19 pandemic may have impacted substance use among young people, and in the coming years, we will find out whether those impacts are long-lasting as we continue tracking the drug use patterns of these unique cohorts of adolescents."

A follow-up survey of 12th graders who participated in the 2020 Monitoring the Future study was conducted in mid-July and mid-August 2020. It found their marijuana use and binge drinking did not significantly change during the first six months of the pandemic, despite record decreases in the substances' perceived availability.

The follow-up findings challenge the idea that reducing teen use of drugs can be achieved solely by limiting their supply, according to the paper.

The Nemours Foundation has drug facts for teens.