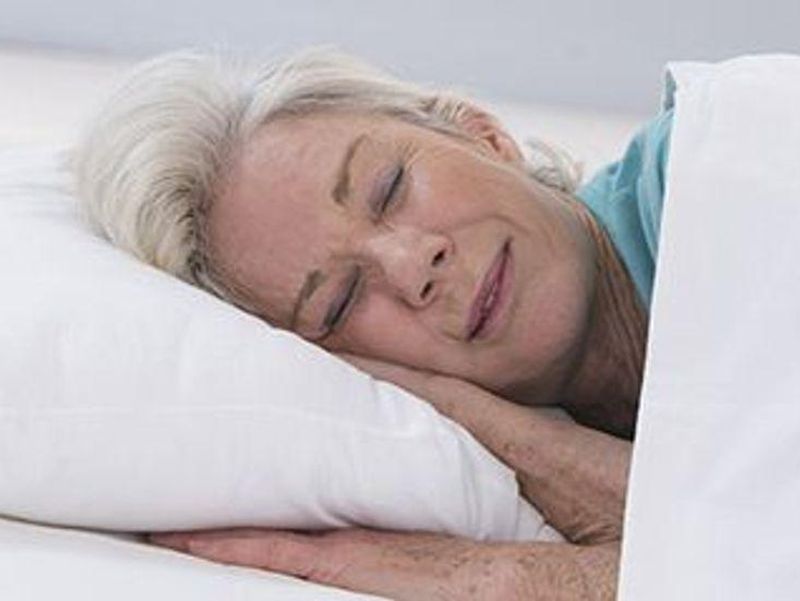 There May Be a 'Best Bedtime' for Your Heart

Is there an ideal time to go to bed every night if you want to dodge heart disease?

Apparently there is, claims a new study that found hitting the sack between 10 and 11 p.m. may be the ideal time to cut the risk for cardiovascular trouble.

The finding may be worth heeding, since the researchers also found that going to sleep before 10 p.m. or at midnight or later might raise the risk for heart disease by nearly 25%. The raised risk may be traced to the altering of the body's circadian rhythm -- its internal clock, the study authors said.

"The circadian system controls daily behavioral and physiological rhythms. Disruption to the circadian rhythm has wide-ranging implications, resulting in poorer cognitive performance and increased risk for various physical and mental health conditions, including cardiovascular disorders," said lead researcher David Plans. He is a senior lecturer in organizational neuroscience at the University of Exeter, in England.

The central clock in the brain controls the circadian rhythm throughout the body. This central clock is calibrated by exposure to light, particularly morning light, which is detected by receptors in the eyes, Plans explained.

"When this morning light is detected, the clock is recalibrated. Therefore, if a person goes to sleep very late, they might oversleep and miss this critical period of morning light," he explained. "If this occurs over an extended period of time, the circadian rhythm will become disrupted. As a result, there will be effects on other behavioral and physiological rhythms, which can be detrimental to health."

Plans cautioned, however, that this study can't prove that the time one goes to sleep causes heart disease, but it might, if confirmed, be a possible risk factor.

Dr. Harly Greenberg, chief of the division of pulmonary, critical care and sleep medicine at Northwell Health in New Hyde Park, N.Y., was not involved with the study but commented on the findings. He said, "These results highlight the importance of the body's circadian rhythm and adds to the growing evidence showing increased health risks -- including obesity, diabetes, hypertension, cardiovascular disease and even cancer -- when our daily schedules are misaligned with our circadian rhythm."

The researchers had information on when participants went to sleep and woke up over a week by using accelerometers worn on the wrist. Participants also completed questionnaires about lifestyle and health.

Over an average follow-up of nearly six years, 3.6% of the participants developed heart disease. Most of those who developed it went to sleep at midnight or later. People who were least likely to develop cardiovascular disease went to sleep between 10 p.m. and 10:59 p.m., the researchers found.

"We can't give advice to the public based on our new results, as we've identified an association only," Plans said. "More generally, however, there is good evidence that morning light resets your circadian rhythm, and thus it may be beneficial to practice good sleep hygiene," he advised.

"Go to sleep at a reasonable hour and wake up early enough to get some outside time in the morning, avoid blue light late at night, no caffeine late in the day, avoid naps after about 4 p.m., use the bedroom only for sleeping, and only go to bed when you feel like you are ready to sleep. But this is advice based on wider evidence from collective research," Plans said.

Dr. Gregg Fonarow, director of the Ahmanson-UCLA Cardiomyopathy Center in Los Angeles, said, "These findings provide potential insights into how the timing of sleep onset relative to circadian rhythms may influence cardiovascular health. However, further studies are needed, and it remains to be demonstrated whether one changing the time of day they go to sleep would increase or decrease cardiovascular event risk."

The report was published Nov. 9 in the European Heart Journal -- Digital Health.

For more on sleep and heart health, head to the U.S. Centers for Disease Control and Prevention.