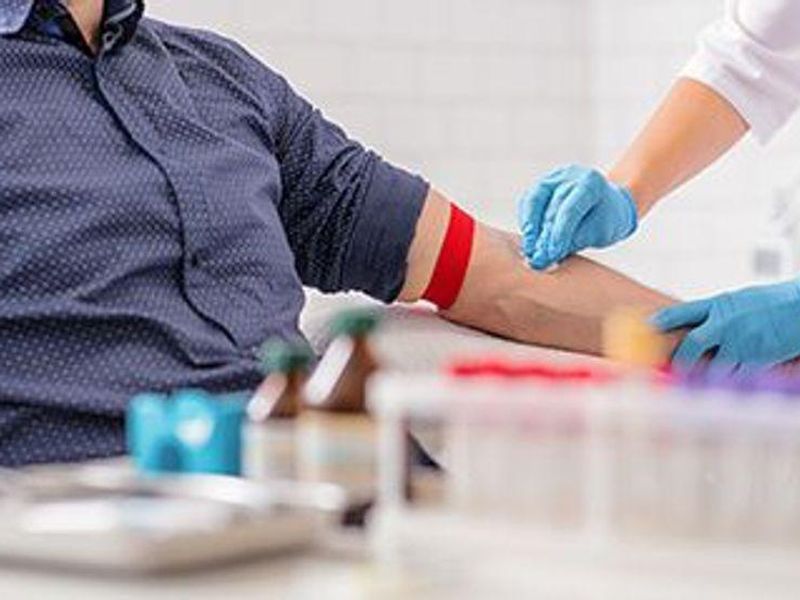 Schizophrenia is a debilitating disease that can make navigating daily life a massive challenge, but a new blood test could flag it in its early stages, researchers say.

Their analysis of blood samples identified epigenetic markers -- part of your DNA -- that differ between people with schizophrenia and those without the mental health disorder.

The researchers developed a model to assess a person's risk for schizophrenia, and testing on an independent dataset showed that the model can identify schizophrenia patients with 80% accuracy.

The study was published online Aug. 3 in the journal Translational Psychiatry.

"Schizophrenia is a devastating disease that affects about 1% of the world's population," said corresponding author Dr. Robert Waterland. He's a professor of pediatrics-nutrition and of molecular and human genetics at Baylor College of Medicine in Houston.

"Although genetic and environmental components seem to be involved in the condition, current evidence only explains a small portion of cases, suggesting that other factors, such as epigenetic, also could be important," Waterland added in a Baylor news release.

A number of previous studies have analyzed methylation profiles in blood samples in an attempt to identify epigenetic markers of schizophrenia, the researchers noted.

"Our study is innovative in various ways," said study first author Chathura Gunasekara, a computer scientist in the Waterland lab.

"We focused on CoRSIVs and also applied for the first time the... machine learning algorithm to analyze DNA methylation. As a scientist interested in applying machine learning to medicine, our findings are very exciting," Gunasekara explained. "They not only suggest the possibility of predicting risk of schizophrenia early in life, but also outline a new approach that may be applicable to other diseases."

The study was also unique in that it accounted for major factors that can affect methylation patterns in blood, such as smoking and taking antipsychotic medications. Both are common in schizophrenia patients.

The finding "indicates that the epigenetic differences we identified between schizophrenia patients and healthy individuals were there before the disease was diagnosed, suggesting they may contribute to the condition," Waterland added.

The U.S. National Institute of Mental Health has more on schizophrenia.