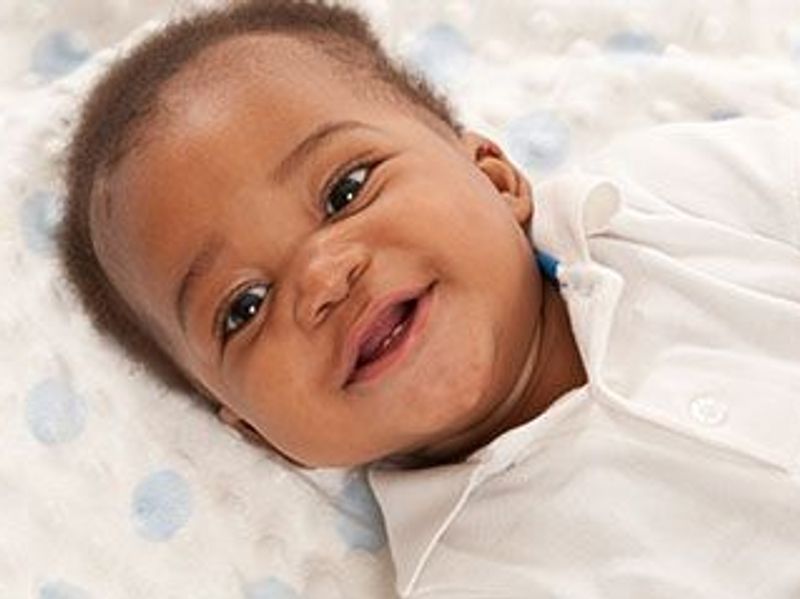 The baby "boom" that some expected during last year's pandemic lockdowns has turned into a baby "bust."

The U.S. birth rate continued to drop in 2020, marking the sixth consecutive year with fewer babies born in America and raising concerns about the economic effects of declining population levels.

There were about 3.6 million babies born in the United States last year, down 4% from the 3.75 million born in 2019, according to researchers from the U.S. National Center for Health Statistics.

It's the lowest number of births in America since 1979, the report noted.

"Early on, some experts had speculated that births might increase due to people having more time at home, but as the pandemic worsened it became clear the rate was falling," said Dr. Scott Sullivan, professor of obstetrics and gynecology at the Medical University of South Carolina.

"A 4% drop is in the mid-range of what people expected," Sullivan continued. "I think a combination of fear, economic insecurity, families dealing with actual infections and recovery, disruptions in health services and other factors likely contributed to the decline."

The general fertility rate in the United States in 2020 was about 55.8 births per 1,000 women, down 4% from the rate of 58.3 births in 2019 and another record low for the nation, said the researchers, who were led by natality expert Brady Hamilton.

And the projected number of births U.S. women might expect to have in their lifetimes -- also known as the total fertility rate -- declined again in 2020.

These numbers are below what's known as the "replacement level" -- the level at which a generation can exactly replace itself and maintain the nation's population level, the report said.

"It could result in serious economic issues in the future, as there may not be younger workers to drive the economy or even help [take] care of the older generations," Sullivan said.

This continued decline in birth rates "has been observed around the globe," Sullivan said. "Japan and Russia have seen longer and more severe declines, for example."

The cost of having and raising kids -- day care, housing, education -- has been a contributing factor that has led many young couples to delay starting a family or choose not to have kids at all, Sullivan said.

"We have the worst family leave in the developed world, for example," Sullivan said. "Day care is expensive and sometimes hard to get. The cost of education and levels of student debt are high and getting worse."

But one expert believes many women, and couples, simply may be putting their focus on things other than child-rearing.

"There are a multitude of reasons people are waiting," said Dr. Nicole Noyes, chief of endocrinology and infertility at Northwell Health in New York City. "The number one reason to delay childbearing is the desire to experience life and reach goals before being saddled with the responsibilities of early child rearing."

"Let's face it, having children is a commitment, in time, energy and emotion," she added. "In addition, people most often don't want to have children unless they are in a relationship conducive to childbearing. Other major reasons include the perceived need to advance one's career or having greater financial security before parenthood. To that end, more and more people are freezing their eggs [or embryos] to try to up the odds of having a child later - when they are "ready."

There's some evidence from the new data that couples are indeed delaying having kids until later in life.

Birth rates for women between 40 and 54 remained essentially unchanged between 2019 and 2020, even as the rates fell for younger age categories, the report found.

"Women thankfully have more options these days in terms of education, employment and advancement," Sullivan said. "Sometimes juggling a career and a family can be a daunting proposition, with some women electing to defer until they have more economic or situational security."

Fears for the future

Environmental pollution also might be influencing birth rates. Exposure to pollution has been linked to infertility and a global decrease in sperm counts for decades, Sullivan said.

"Others have speculated there is a decline in optimism, and fears about climate change, extremism and inequalities have made young people cautious about having children," Sullivan continued. "I think there are some generational differences too, with a decline in marriages and perhaps different priorities."

The United States could tackle this issue by making it more affordable to have children and raise a family, he said.

"I think employers and policymakers could look at a 'pro-family' agenda," Sullivan said. "We should be proud of the gains that women have made, and we want to keep that momentum going. I just think things could be done to make younger couples feel more secure and optimistic."

The report also looked at the effect of the pandemic on births in New York City, which suffered one of the earliest and worst COVID-19 outbreaks in the United States.

Researchers found that increasing numbers of New York City women left the city to give birth, with out-of-city births peaking in April and May at more than 1 1/2 times the levels seen the previous year.

The overall rise in out-of-city births was mainly due to increases among white city dwellers, however. Black and Hispanic New Yorkers largely continued to stay in the city for childbirth, with out-of-city births rising only for two months in each group for 2020.

"It will be very interesting to see if there is a mini 'baby boom' later this year into next, as conditions improve," Sullivan said of the pandemic's effect on fertility. "One might speculate that there would be, but the data also shows a multi-year decline in the birth rates. There may be larger societal and generational changes that keep the rates lower and falling."

The U.S. National Institute on Aging has more about the global effects of population aging.