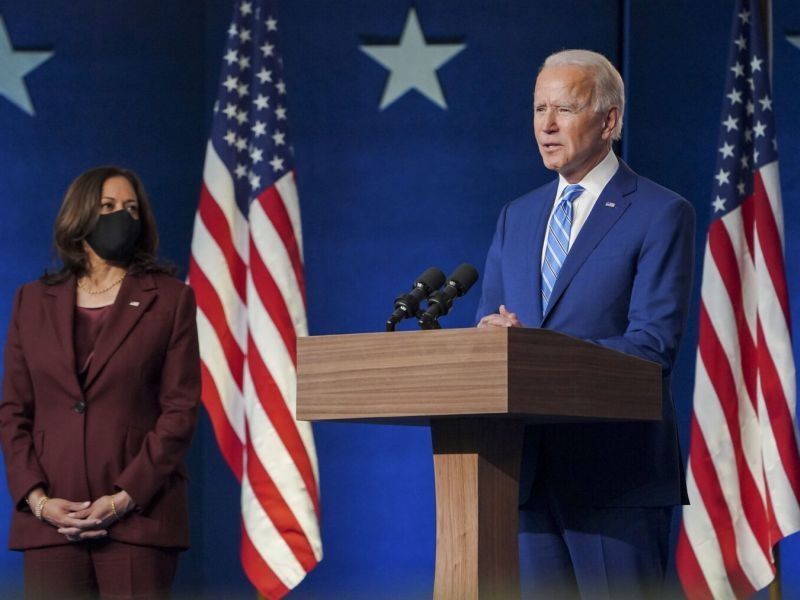 The Biden Administration sought to reassure Americans on Tuesday that the pausing of Johnson & Johnson's coronavirus vaccine is science at work, and not evidence that COVID-19 vaccines are unsafe.

The pause was first issued Tuesday morning following reports that rare but serious blood clots had developed in six women after they took J&J's vaccine. The Advisory Committee on Immunization Practices is set to meet on Wednesday to further review the cases, the U.S. Centers for Disease Control and Prevention said in a statement.

Despite a temporary loss of J&J 's one-shot vaccine, there is a huge supply of Pfizer and Moderna vaccines, enough so that vaccination "is basically 100% unquestionable, for every single, solitary American," Biden declared Tuesday.

Still, the pause could undermine public confidence in all coronavirus vaccines, as polls suggest potentially tens of millions of Americans are hesitant to get the shots that will allow the country to quell the pandemic, the Associated Press reported.

But during a white House media briefing on Tuesday, Biden and his top health officials stressed that the pause should have the opposite effect, boosting confidence that the government is putting safety first.

The advisory, issued by the U.S. Food and Drug Administration and the CDC, was "testimony to how seriously we take safety," Dr. Anthony Fauci, the nation's top infectious disease expert, said during the briefing.

White House coronavirus coordinator Jeff Zients added that the pause "should reassure the American public that they will be very diligent and conservative about how they approach the vaccines."

The pause, which regulators say they hope to resolve within days, comes on the heels of production issues at the Baltimore plant that produces the J&J vaccine, the AP reported.

Due to those supply issues, the J&J shot reflects just a small share of doses being administered, though it had been one of the most promising vaccines given its ease of administration and distribution. Zients said Tuesday that the United States still expects to take delivery of enough doses of the other two approved vaccines for every adult American to get their shots by the end of May. Moderna and Pfizer this week are delivering 28 million doses to the federal government -- enough to exceed even the current 3 million shot-per-day pace, the AP reported.

In announcing the pause, U.S. health officials said they were investigating unusual clots that occurred in six women, of the more than 7.2 million adults who've received the shot. One of the patients died and another remains hospitalized in serious condition, the AP reported.

Health officials said the delay had as much to do with educating doctors about the unique way the clots have to be treated as their desire to study the rare side effect, the AP said. The usual treatment, with the blood thinner heparin, could lead to dangerous patient outcomes, they explained.

Those who have recently gotten J&J shots should not "get an anxiety reaction, because remember it's less than one in a million," Fauci advised on Tuesday. "However, having said that, pay attention" to potential symptoms of the clot," including severe headaches, abdominal or leg pain, and shortness of breath, he added.

People living with someone who has COVID-19 appear to get powerful protection against infection when they are given Regeneron's antibody cocktail, a new study shows.

The findings suggest that beyond preventing the worst outcomes for coronavirus infection when given early enough, the cocktail could also prevent people from getting sick in the first place, the company said Monday.

"With more than 60,000 Americans continuing to be diagnosed with COVID-19 every day, the REGEN-COV antibody cocktail may help provide immediate protection to unvaccinated people who are exposed to the virus, and we are also working to understand its potential to provide ongoing protection for immunocompromised patients who may not respond well to vaccines," Dr. George Yancopoulos, president and chief scientific officer at Regeneron, said in a statement.

In its statement, Regeneron said it would ask the U.S. Food and Drug Administration to expand the drug's emergency authorization use -- for high-risk people who already have COVID-19 but are not hospitalized -- to allow it to be given for preventive purposes in "appropriate populations."

There's "a very substantial number of people" in the United States and globally who could be a good fit to receive these drugs for preventive purposes, Dr. Myron Cohen, a University of North Carolina researcher told The New York Times. He leads monoclonal antibody efforts for the Covid Prevention Network, a U.S. National Institutes of Health-sponsored initiative that helped oversee the Regeneron trial.

The new data on Regeneron's antibody cocktail comes from a clinical trial that enrolled more than 1,500 people who lived in the same house as someone who had tested positive for the virus within the previous four days. Those who got an injection of Regeneron's drug were 81 percent less likely to get sick with COVID-19 compared to volunteers who got a placebo, the company said.

Dr. Rajesh Gandhi, an infectious diseases physician at Massachusetts General Hospital who was not involved in the study, told the Times that the data were "promising" for people who have not been vaccinated. But he noted that the type of patients that would be needed to determine whether the drug should be used preventively for immunocompromised patients were not included in the trial. "I would say we don't yet know that," Gandhi said.

Regeneron's cocktail, a combination of two drugs designed to mimic the antibodies generated naturally when the immune system fends off the virus, was given to President Donald Trump after he got sick with COVID-19 last fall.

The treatment received emergency authorization last November. Doctors are using it, as well as another antibody cocktail from Eli Lilly, for high-risk COVID-19 patients, to guard against severe disease and hospitalization.

But many hospitals and clinics have not made the treatments a priority because they are time-consuming and difficult to administer, mostly because they must be given via intravenously. Regeneron plans to ask the FDA to allow its drug to be given via an injection, as it was in the latest study, which would allow it to be given more quickly and easily.

As new coronavirus cases soared across the Upper Midwest last week, a top health official said that a highly infectious variant first discovered in Britain has now become the most common source of infections in this country.

Scientists and federal health officials have warned repeatedly that a fourth wave of coronavirus cases could arise in the United States this spring because of the emergence of more contagious variants and the easing of social distancing measures.

In the Upper Midwest, Michigan has been slammed: New cases and hospitalizations there have more than doubled in the last two weeks, and the six metro areas in the United States with the greatest number of new cases relative to their population are all in Michigan, the Times reported.

Several other states in the Upper Midwest have also reported significant increases in new infections and hospitalizations. In Illinois, the daily average for new cases has jumped about 56 percent in the past two weeks, to about 2,832 a day, the Times reported. Hospitalizations have risen about 28 percent from two weeks ago. Meanwhile, Wisconsin and North Dakota have seen their average case counts jump 50 percent or more in the last two weeks.

Nationally, new cases have stalled overall, while hospitalizations have leveled off and deaths remain near an average of about 800 a day, according to the Times.

The U.S. coronavirus case count passed 31.3 million on Wednesday, while the death toll neared 563,000, according to a Times tally.

Worldwide, more than 137.5 million cases had been reported by Tuesday, with nearly 3 million dead from COVID-19.