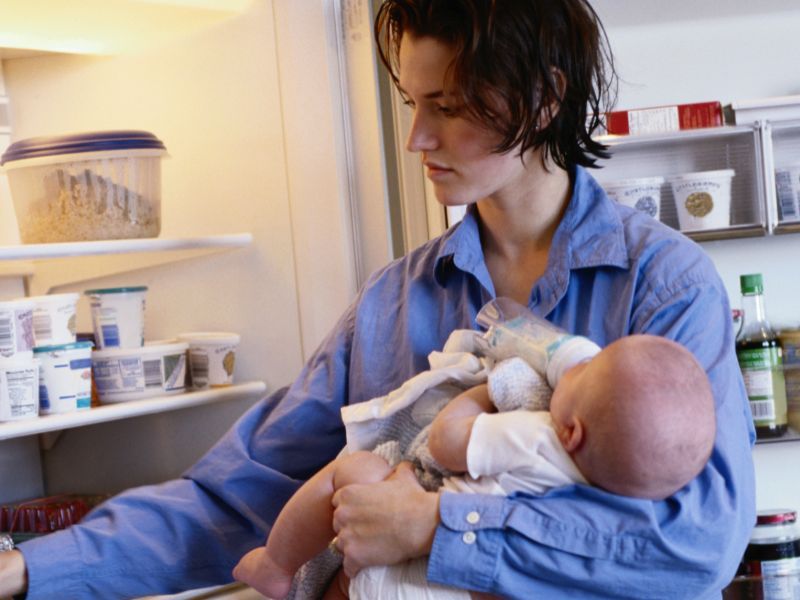 OCD May Be More Common in New Moms Than Thought

Obsessive-compulsive disorder (OCD) is more common among new mothers than previously thought, and it's often driven by worries about things that may happen to their newborns, a new study finds.

Many new moms may keep the issue hidden, the Canadian researchers said.

"When mothers have these kinds of thoughts they might think, 'There's something wrong with me and I can't tell anyone because there could be terrible consequences for me and my baby,'" said lead researcher Dr. Nichole Fairbrother. She's clinical associate professor in the University of British Columbia's department of psychiatry.

The researchers found that OCD in new parents can go undetected if they're not asked specifically about potential harm to their infants.

OCD is an anxiety-related condition in which a person has recurring unwanted, intrusive and distressing thoughts. Left untreated, it can interfere with parenting, relationships and daily living, the study authors explained.

For the study, the researchers surveyed 580 women in the province of British Columbia, Canada, during their third trimester of pregnancy and for six months afterward. The findings showed that 8% of new mothers reported symptoms that meet criteria for diagnosis of OCD at some point during pregnancy, and 17% do so in the 38 weeks after delivery.

Previous research estimated an OCD rate of about 2.2% during pregnancy and after giving birth.

The data suggest that OCD resolves naturally among some women as they become used to parenting, but for others it persists and may require treatment, according to the study published March 23 in the Journal of Clinical Psychiatry.

"What really matters now is that we screen for and assess OCD among perinatal women with perinatal-specific questions and assessment methods. It is especially important that we include questions about intrusive thoughts of infant-related harm. This ensures that perinatal women suffering from OCD are not missed and can be directed toward appropriate treatment," Fairbrother said in a university news release.

"Perinatal OCD is common and we have a responsibility to identify those who experience it and ensure they receive timely, evidence-based treatment," Fairbrother. It's important for care providers to know when women are most at risk, because they may be reluctant to report their symptoms.

The U.S. National Institute of Mental Health has more on OCD.