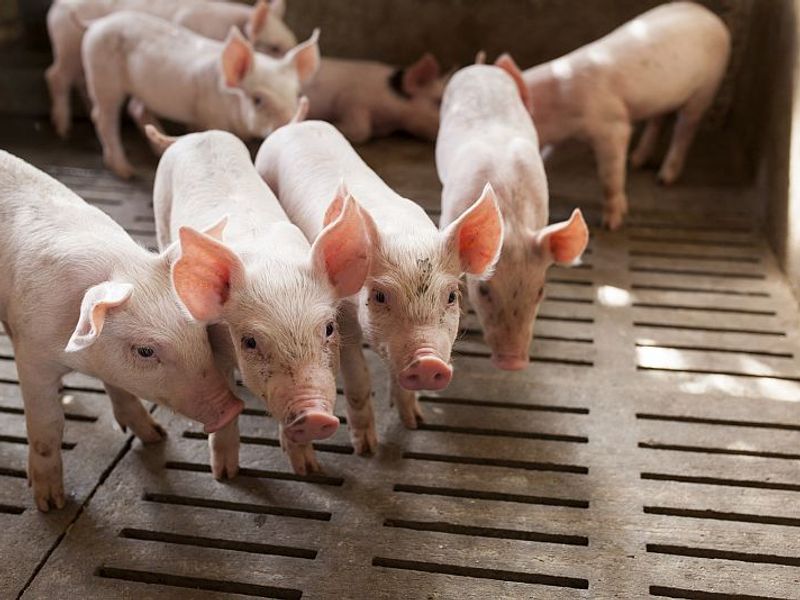 Livestock workers have an elevated risk of getting infected with dangerous, antibiotic-resistant "superbug" bacteria, a new study shows.

Researchers from Michigan State University expected that finding when studying those risks by reviewing 15 years of published literature.

They just didn't expect the risks to be as high as what their research uncovered.

"This is a bit of a wakeup call," said Felicia Wu. She is a professor in the departments of food science and human nutrition and agricultural, food and resource economics at Michigan State, in East Lansing.

"I don't think there was much awareness that swine workers are at such high risk, for example. Or that large animal vets are also at extremely high risk," Wu said in a university news release.

Research shows that people who work on swine farms have a 15 times higher risk of harboring a particular strain of a bacterium known as methicillin-resistant Staphylococcus aureus (MRSA) acquired from livestock, than individuals who don't work with animals.

Cattle workers' risk is nearly 12 times higher. Livestock veterinarians have a risk that is eight times higher, the investigators found.

"Livestock-associated MRSA is a strain of MRSA that is especially infectious among animals. Now it has evolved to infect humans as well," Wu said.

"Bacteria have shown an amazing ability to jump across species to colonize and cause infections," she explained. "Livestock-associated MRSA is a zoonotic disease, a disease that can transmit between animals and humans. Such diseases can have devastating consequences for human health."

Wu and Chen Chen, a research assistant professor in the department of food science and human nutrition, published their findings recently in the journal Occupational & Environmental Medicine.

They also highlighted how farmers can protect themselves.

The COVID-19 pandemic was caused by a virus that likely originated in bats, the researchers noted. Though it works and spreads differently than MRSA, both are a reminder that people can minimize their risks.

"The final message is that we need to protect our health and the health of our animals," Wu said. "We don't have control over bats, but we do have some level of control over how we raise and handle our poultry, cattle and swine."

The MRSA associated with livestock was first documented in the early 2000s. This recent review showed that the risk of MRSA was elevated for each of the occupations the researchers studied, including for slaughterhouse employees and people who work with horses and poultry.

New rules and monitoring from the U.S. Food and Drug Administration in 2017 curbed the use of antibiotics, which has reduced the pressure on bacteria in agriculture settings to develop antibiotic resistance.

People who work with livestock can also help to protect themselves with regular hand washing, wearing gloves and protective clothing, and keeping broken skin clean and covered. MRSA lives on soft tissue, such as on people's skin and in their noses. It can live there without causing harm when that tissue is intact, the researchers explained.

"Once the bacteria get a hold in an environment, they are really, really hard to get rid of," Wu said. "Reducing the risk of antibiotic-resistant infections is one of the main goals that farmers have."