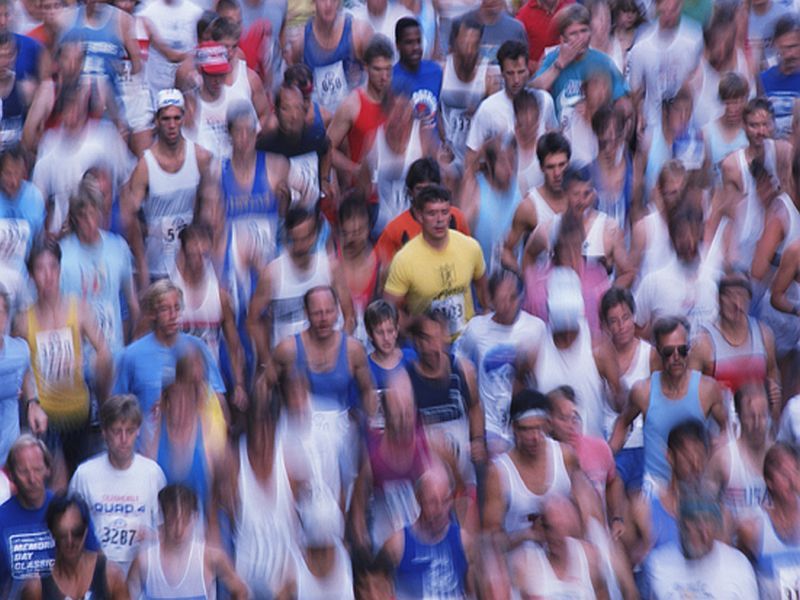 What makes a marathoner great?

New research pinpoints the physical attributes of top marathon runners, and could help others improve their marathon performance.

Elite male distance runners were asked to run on treadmills at a range of speeds and also on an outdoor track at a speed of 13.1 miles per hour, comparable to completing a marathon in two hours.

While the marathoners ran, researchers measured their heart rate, oxygen consumption and levels of lactic acid in the blood, to determine efficiency of oxygen use during exercise.

Only seven of the 16 participants achieved a VO2 steady state (stable oxygen consumption) when running at the two-hour marathon pace. That highlights how extremely difficult it is to complete a marathon in under two hours, the researchers said.

Overall, the athletes maintained a VO2 of 67 milliliters per kilogram of body weight per minute (ml/kg/min) at just over 13 mph, about twice as much as the average person can achieve when exercising at their maximum.

Also, the marathoners' lactic acid threshold -- the speed at which it builds up in the body -- occurred at a very high fraction of their VO2 max. Lactic acid is produced by the body as it turns food into energy during exercise; in the muscles it's related to fatigue.

The study was published recently in the Journal of Applied Physiology.

"These top athletes have the perfect combination of physiological characteristics for the marathon: They have a very high VO2 max; they are very economical [efficient] when running at submaximal speeds; and they can run at a high fraction of their VO2 max without accumulating lactate in their blood [making them very resistant to fatigue]," study author Andrew Jones, from the University of Exeter in England, said in a journal news release.

Further research of "strategies which enable a higher mean oxidative metabolic rate to be sustained and/or enhance running economy will play a significant role in future improvements in marathon performance," the researchers wrote.

The University of California, San Francisco offers tips for running a marathon.