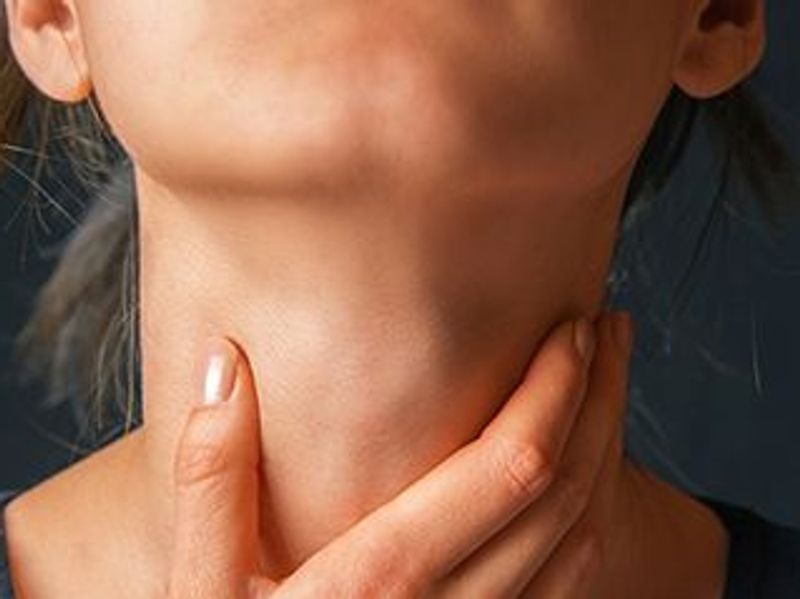 People who began having oral sex at a young age or at greater "intensity" may face an increased risk of a type of throat cancer, a new study finds.

The study, published online Jan. 11 in the journal Cancer, focused on oropharyngeal cancer caused by human papillomavirus (HPV). The sexually transmitted infection can, in a small number of people, become persistent and lead to cancer.

Most famously, HPV is a cause of cervical cancer. But it is also linked to several others, oropharyngeal cancer being one. In fact, HPV is believed to cause 70% of cases in the United States, according to the U.S. Centers for Disease Control and Prevention.

Studies have already found that the risk of HPV-related oropharyngeal cancer generally inches up with the number of lifetime oral-sex partners a person has.

The new study took a more nuanced look, the researchers said. It found that the risk of the cancer was 80% higher among people who began having oral sex before age 18, versus after age 20. That was independent of the number of lifetime partners people had.

Meanwhile, the risk of oropharyngeal cancer was nearly tripled among people who had had more than five oral-sex partners per decade since becoming sexually active, the findings showed.

That's a way of gauging the "intensity" of people's exposure to partners, and potentially to oral HPV, explained lead researcher Dr. Virginia Drake of Johns Hopkins University in Baltimore.

Drake pointed out that HPV is the most common sexually transmitted infection in the world. The CDC says it's so common that nearly all sexually active people will contract the virus at some point.

So, Drake said, it's important to dig into the factors that make only certain people vulnerable to a persistent HPV infection that leads to cancer.

But the findings do not change any practical advice to people, she said.

That point was echoed by Dr. H. Hunter Handsfield, a professor emeritus of medicine at the University of Washington Center for AIDS and STD, in Seattle.

"No one should take this to mean, 'don't have oral sex,'" said Handsfield, who is also an adviser to the American Sexual Health Association in Research Triangle Park, N.C.

For one, he said, oral sex is generally safer than intercourse when it comes to sexually transmitted diseases.

"And what no study has been able to answer is: If I take a young person and advise her to avoid oral sex, am I lowering her risk of throat cancer?" Handsfield said.

Since HPV is so prevalent, he said, "it's essentially an unavoidable exposure of being sexually active."

So the best way to lower the risk of HPV-related cancers is with the HPV vaccine. "That's the biggest message," Handsfield said.

The CDC recommends HPV vaccination for all girls and boys, starting as early as age 9 and by age 12. If they miss that window, catch-up shots can be given through age 26.

The current findings are based on surveys of 163 patients with HPV-related oropharyngeal cancer and 345 people without the disease. Both groups were similar in age, race and the proportion of men and women.

It's not clear why people who began having oral sex earlier in life, or at greater intensity, were at greater risk of the cancer. But one question, Drake said, is whether those factors can make it more difficult for the immune system to clear an HPV infection, which, most of the time, it does.

There is one theory, Drake noted, that if the body is first exposed to HPV via the mouth, rather than genitals, the immune response may be weaker. In this study, people with oropharyngeal cancer were more likely to say their first sexual experience had involved oral sex.

More research, however, is needed to understand what is going on, Drake said.

Handsfield said the study was well done and helps "fine-tune" the evidence on oral-sex behaviors and HPV-related throat cancer.

He added, though, that while certain study participants were at relatively greater risk of the cancer than others, that does not mean their absolute risk of the disease was high.

"This is still a pretty uncommon cancer," Handsfield said.

About 3,500 women and 16,200 men are diagnosed with HPV-related oropharyngeal cancer each year in the United States, according to the CDC.

The American Sexual Health Association has more on HPV.