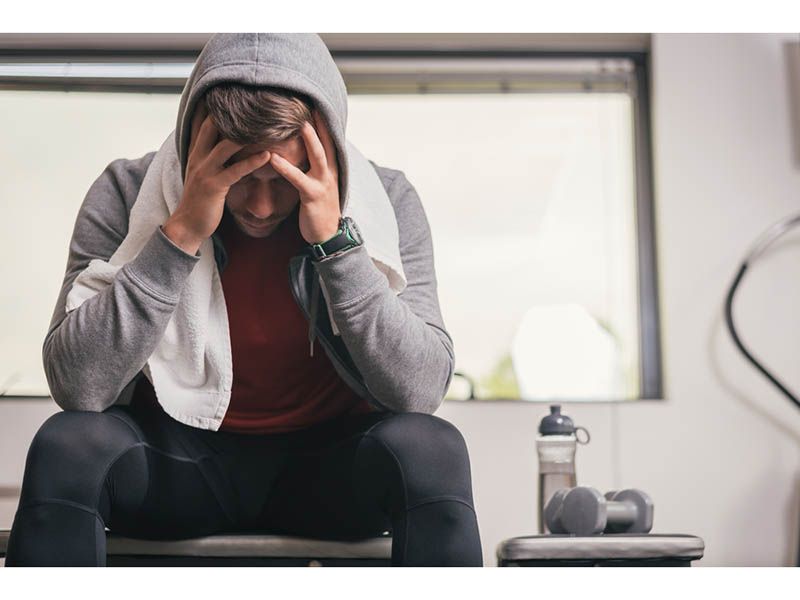 'Diseases of Despair' Skyrocket in America

Even before the coronavirus pandemic began, Americans were already suffering: A new study reports that alcohol and drug misuse were up dramatically, and suicidal thoughts and behaviors were up 170% between 2009 and 2018.

"The origin of these conditions isn't strictly medical. Rather, they seem to follow conditions of despair in people's lives and communities," explained study author Emily Brignone. She's a senior research scientist with Highmark Health in Pittsburgh, Penn.

Economic decline, stagnant wages, fewer community ties and unemployment are some of the factors she said can be linked to diseases of despair.

"Over the past 10 years, diagnoses related to drug and alcohol misuse and suicidal thoughts and behaviors have increased across the board for men and women in all age groups," Brignone noted.

The information in this study was collected long before COVID-19 began spreading across the United States. But Brignone said the pandemic may worsen conditions related to diseases of despair, like unemployment, social isolation, barriers to health care and uncertainty.

"There is some evidence of COVID-19-related changes in diseases of despair, including increases in opioid overdoses and high numbers of people reporting suicidal thoughts. However, we won't know the full extent of the impact of COVID-19 on diseases and deaths of despair for many years to come," Brignone said.

The new study included 12 million Americans insured by Highmark, a large U.S.-based health insurance company. The people covered by the company are concentrated in Pennsylvania, West Virginia and Delaware. These are states that have been disproportionately affected by deaths of despair, according to the researchers.

Almost one in 20 people in the study were diagnosed with a disease of despair during the study period.

"We don't fully understand why this is happening. Some researchers have pointed to changing social structures and the rise of smartphones and social media. There are also questions about the role of bullying and less sleep. But it is a complex issue without easy answers," Brignone said.

Alcohol problems increased in all age groups, except for those under 18. The biggest jump (59%) in alcohol misuse was seen in people between the ages of 55 and 74.

Brignone said a number of things might trigger greater alcohol misuse later in life, including increases in health conditions, pain, mental health concerns, and increased disconnection from family, friends and neighbors. She also noted that alcoholism and the other diseases of despair often occur together.

Older Americans (aged 55 to 74) also had the largest increase in substance misuse, with an increase of 172% during the study. The overall prevalence of substance-related diagnosis increased by 94%.

Men had nearly 50% higher odds of being diagnosed with a disease of despair than women were, the researchers reported.

"Diseases and deaths of despair represent an urgent public health issue, and the COVID-19 pandemic in some respects may exacerbate the conditions that give rise to these problems," Brignone said.

But prevention and early intervention efforts can make a difference, she added.

"Access to high-quality, evidence-based physical and mental health care is an important factor in interrupting the progression of these conditions, and will save lives," Brignone said. "It's also important to try to fix the underlying problems, such as unemployment, income inequality and health care access."

The results of the study were published online Nov. 9 in the BMJ Open.

Benjamin Miller, chief strategy officer for the Well Being Trust, a national foundation for mental health and wellness, said the study is a call to action.

"Diseases of despair are driven by a multitude of factors, some of which our health care system can address, some they can't. But our systems are ill-prepared for documenting, following-up and treating diseases of despair," Miller said.

Access to care is typically dependent on having a specific diagnosis, and a specific diagnosis will lead you down one particular treatment path. For example, someone with an alcohol problem may have health problems related to alcohol, but also needs counseling.

"For diseases of despair, it's so much more complicated. You can't depend on a single diagnosis alone," he explained.

Miller also pointed out that many people never even get diagnosed or into treatment programs. That's why he said there needs to be a new approach to treating these types of conditions.

"How do we show up where they are -- at schools, churches, neighborhoods? Younger adults are going to require different interventions than older adult populations," he noted.

Miller said addressing underlying issues that lead to diseases of despair is critical, too. For example, there are a lot of people who are unemployed right now. A preventive strategy could be to get people back to work, and one way to do that would be to hire a lot of COVID-19 contact tracers. That would help address unemployment and possibly lessen the pandemic's impact.

Even more important, he said, is that people need to just talk to each other.

"We have to look at how to embrace the hard conversations around mental health and addiction. We need to know how to talk to each other, and be empathetic and supportive," Miller added.