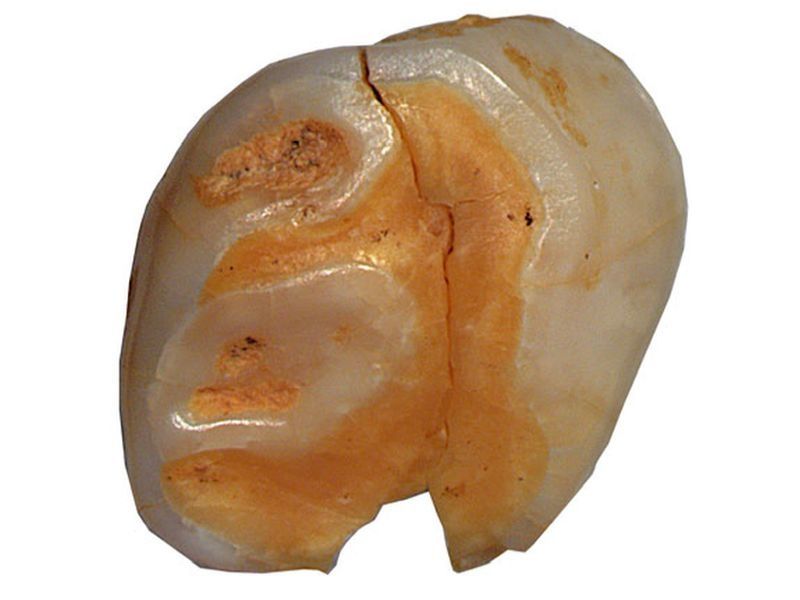 Neanderthals weaned their babies at about the same age as modern humans do, a new study finds.

Neanderthals are humans' closest cousins on the evolutionary tree, but there are many questions about their pace of growth and early-life energy requirements.

To learn more, researchers analyzed three milk teeth from three Neanderthal children who lived between 70,000 and 45,000 years ago in a small area of northeastern Italy.

Like tree rings, teeth have growth lines that can be read through microscopic examination. Combining that with chemical analysis of the teeth, the scientists found that the Neanderthal children were introduced to solid food at around 5 to 6 months of age.

"The beginning of weaning relates to physiology rather than to cultural factors. In modern humans, in fact, the first introduction of solid food occurs at around 6 months of age when the child needs a more energetic food supply, and it is shared by very different cultures and societies," said study co-first author Alessia Nava, from the University of Kent, in the United Kingdom.

"Now, we know that also Neanderthals started to wean their children when modern humans do," Nava said.

The report was published online Nov. 2 in the Proceedings of the National Academy of Sciences.

"In particular, compared to other primates, it is highly conceivable that the high energy demand of the growing human brain triggers the early introduction of solid foods in child diet," study co-first author Federico Lugli, from the University of Bologna, in Italy, said in a university news release.

And according to study co-senior author Stefano Benazzi, also of the University of Bologna, "This work's results imply similar energy demands during early infancy and a close pace of growth between Homo sapiens and Neanderthals. Taken together, these factors possibly suggest that Neanderthal newborns were of similar weight to modern human neonates, pointing to a likely similar gestational history and early-life ontogeny, and potentially shorter inter-birth interval."

For more on newborn and infant nutrition, go to the U.S. National Library of Medicine.