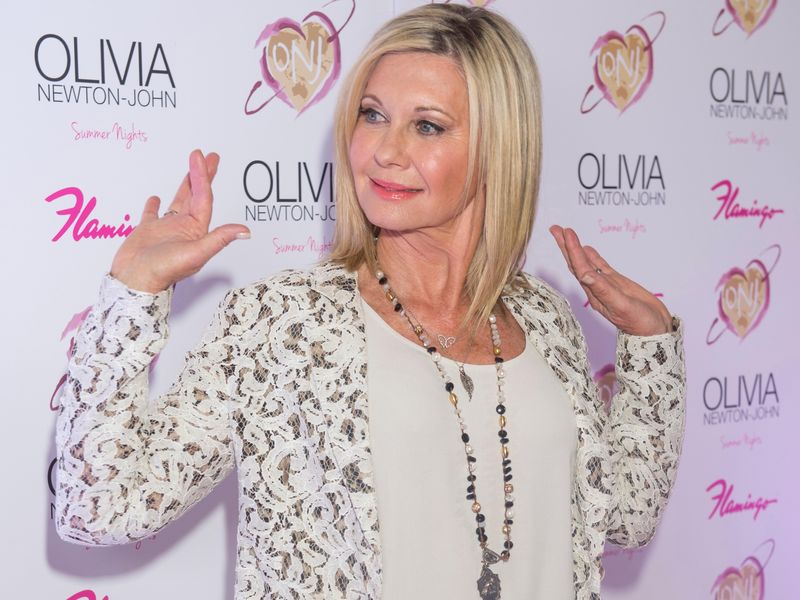 Australian singer Olivia Newton-John, a major pop star and actress of the '70s and '80s known for her role in the blockbuster movie "Grease," died on Monday. She was 73.

"Dame Olivia Newton-John passed away peacefully at her Ranch in Southern California this morning, surrounded by family and friends. We ask that everyone please respect the family's privacy during this very difficult time," John Easterling, her husband, wrote in a statement on the singer's official Facebook account. "Olivia has been a symbol of triumphs and hope for over 30 years sharing her journey with breast cancer."

In September 2018, the singer was treated for cancer at the base of her spine, her third cancer following bouts of breast cancer in the 1990s and 2017, CNN reported.

Already a pop star in the 1970s with country and soft-rock hits like "I Honestly Love You" and "Have You Never Been Mellow," Newton-John rose to A-list status in her co-starring role in 1978's "Grease," opposite John Travolta.

"I don't think anyone could have imagined a movie would go on almost 40 years and would still be popular and people would still be talking to me about it all the time and loving it," Newton-John told CNN in 2017. "It's just one of those movies. I'm very lucky to have been a part of it. It's given so many people pleasure."

Newton-John was born in Cambridge, England, in 1948, and moved with her family to Melbourne, Australia, when she was 5. Her mother was the daughter of the Nobel Prize-winning physicist Max Born, while her Welsh father had been an MI5 intelligence officer during World War II, The New York Times reported.

Newton-John faced troubles and tragedy during her lifetime: Breast cancer forced her to postpone and cancel several tours and in 2005 her boyfriend, Patrick McDermott, disappeared at sea while on a fishing trip off California.

After learning she had breast cancer in 1992, Newton-John became an advocate for more research into the disease. Her Olivia Newton-John Foundation Fund researches plant-based treatments for cancer, and she opened a cancer research and wellness facility under her name at Austin Hospital, outside Melbourne, the Times reported.

Even during her bouts with cancer, she continued to release albums and tour.

Visit the American Cancer Society for more on breast cancer.