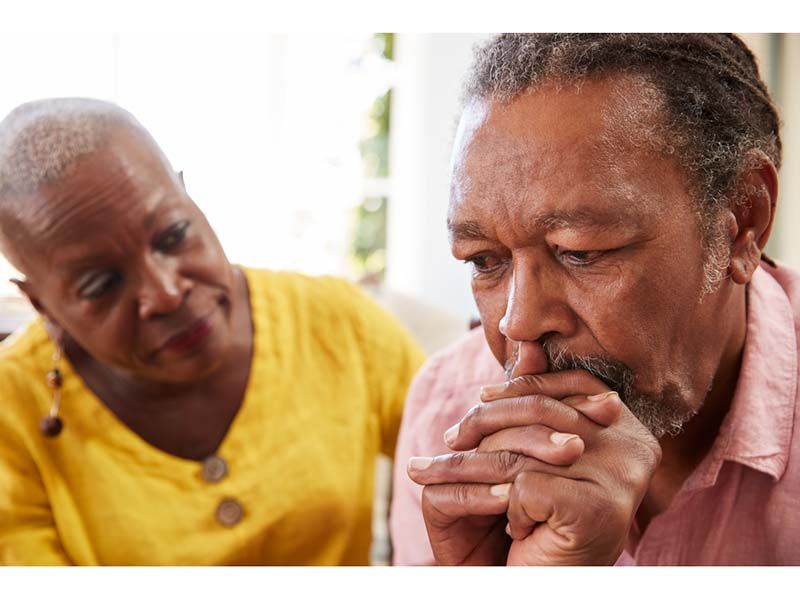 Black and Hispanic Americans are more likely than others to be diagnosed with Alzheimer's disease, and new research suggests that racism is a contributor.

Experiences of structural, interpersonal and institutional racism are associated with lower memory scores and worse mental functioning in midlife and old age in Black people, according to studies reported at this week's Alzheimer's Association International Conference.

“In order to achieve health equity — as a step toward complete inclusion — individuals and society must identify and reduce racism and other forms of discrimination,” said Carl Hill, chief diversity, equity and inclusion officer at the Alzheimer's Association.

“We must create a society in which the underserved, disproportionately affected and underrepresented are safe, cared for and valued,” Hill said in an association news release.

The 2022 Alzheimer's Disease Facts and Figures report found that Black people are about twice as likely and Hispanics are about one and one-half times as likely to have Alzheimer's or other dementias compared to white or Asian people.

Individually and cumulatively, these factors impact brain health over a lifetime, the study authors said.

The conference was held in San Diego and virtually. Findings presented at medical meetings should be considered preliminary until published in a peer-reviewed journal.

In one study of nearly 1,000 middle-aged adults, exposure to interpersonal and institutional racism was associated with lower memory scores.

“Chronic exposure to racism and interpersonal discrimination among marginalized communities leads to stress that affects the body and influences physiological health, and likely contributes to the development of cognitive decline,” said Jennifer Manly, a professor of neuropsychology at Columbia University Irving Medical Center, in New York City, and co-author of another study.

The U.S. National Institute on Aging has more on Alzheimer's disease.