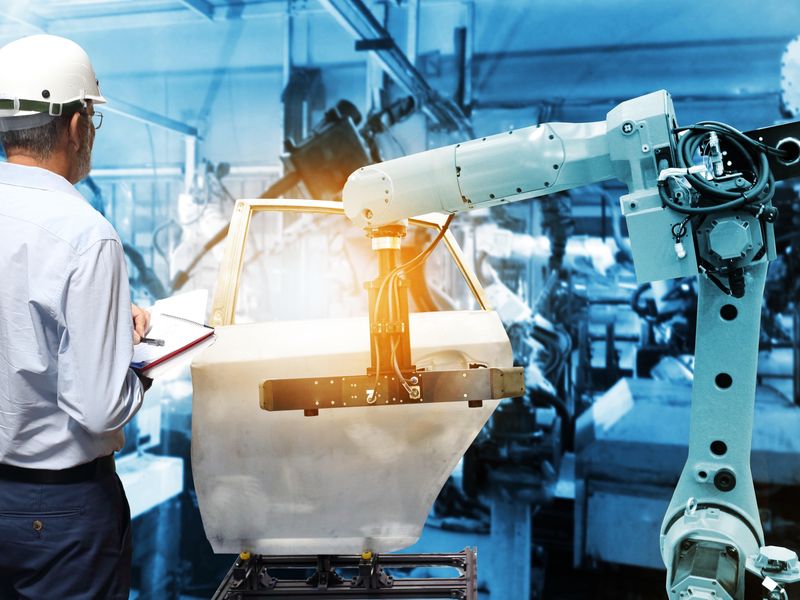 It takes much less than a "Matrix" plot to make American workers afraid for their jobs: New research reveals they stress out when they have to work alongside robots.

Even though many robots took on the most dangerous aspects of a job, employees still experienced heightened levels of distress and even turned to substance abuse, scientists report.

"Robots are good for physical health - they usually take on jobs that are physically intensive and may even hurt you. But in the U.S., there's this understanding that the robots may take your job because there's a less protective labor market," explained study author Osea Giuntella. He is an assistant professor of economics at the University of Pittsburgh.

For the study, Giuntella and his team examined data from U.S. workplaces that focused on workplace injuries. The researchers found that, across the board, the introduction of robots to company workforces cut the number of annual work-related injuries by as much as 1.2 cases per 100 full-time workers. Despite this, areas that had a higher integration of robots and humans reported an increase in drug- or alcohol-related deaths, by as much as 37.8 cases for every 100,000 people. Communities that merged automated and human workforces also saw a slight increase in mental health issues, and even suicide rates, among employees.

But the problem seemed to be a uniquely American one.

The researchers examined similar data from Germany and found those workers experienced no adverse effects from the introduction of robot colleagues in the workplace, despite it being more commonplace in that country.

So, what's driving the difference?

"German workers were better protected in their work from German robots," Giuntella noted. "In Germany, the introduction of robots was not related to job displacement. Instead, new and young workers were brought to other sectors of the industry, while the job security of incumbent workers was not affected."

Unfortunately, U.S. companies offer few of the same job protections, which experts say fuels feelings of job insecurity. The new findings, published online recently in the journal Labour Economics, suggest American workers fear a new robot by their side could mean their job is on the line.

Whether or not the presence of robots actually signals possible job loss doesn't seem to matter. Instead, it was the perception of job loss that triggered their distress.

"Perception is reality," said Mindy Shoss, an associate professor of psychology at the University of Central Florida, in Orlando, who has been studying the impacts of robot integration in labor markets for years. "In our papers, we try to make the point that technology is not predetermined, but how people react to it determines how technology is adopted into the workplace and whether or not it succeeds."

Shoss, who was not involved with the new study, added that the findings raised important questions about differences in the introduction of these new technologies, depending on the country. She pointed out that when workers are first being introduced to their robotic co-workers, it is critical to help people understand their shifting roles in the workplace, and how to make the best of the incorporation of these new "workers."

"For that reason, companies, managers, technology developers, government, all need to pay attention to a variety of outcomes, including health, safety, well-being [and] profits - some of those more traditional considerations - when it comes to these technologies," Shoss said.

"Technology can be the way of the future," she added, "but it's going to have a much stronger and more positive impact if it's co-developed with workers and technology developers, and everyone's interest and concerns are reflected."

Visit the U.S. Centers for Disease Control and Prevention for more on the use of robotics in the workforce.