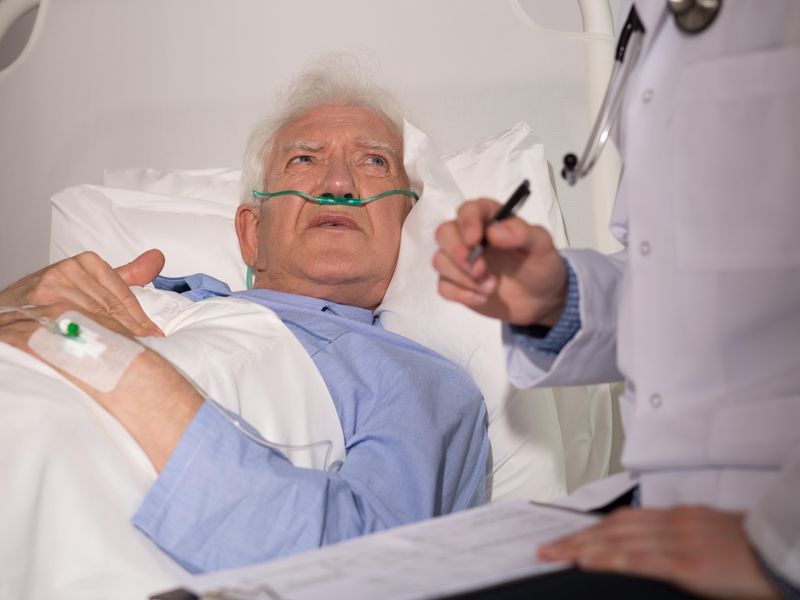 Doctors need to be aware that prostate cancer raises a man's risk of serious and potentially deadly blood clots by about 50%, researchers say.

All cancer patients are at increased risk for venous thromboembolism (VTE), a dangerous but treatable blood clot in the veins that is a leading cause of death in cancer patients.

Prostate cancer is the most commonly diagnosed cancer in middle-aged and older men. Previous research has suggested that men with prostate cancer are two to three times more likely to develop VTE than those without cancer, the researchers noted in their study, published May 24 in the online journal BMJ Open.

The greatest risk of VTE is in the first six months after prostate cancer diagnosis, they discovered.

"Physicians treating men with prostate cancer should be aware of the marked increase in VTE risk in these men, particularly in the first six months following cancer diagnosis, to help ensure timely VTE diagnosis," Yanina Lenz, of Bayer AG in Berlin, Germany, and colleagues wrote.

The investigators analyzed 2007-2017 data from Sweden to assess VTE rates among more than 92,000 men with prostate cancer and a comparison group of more than 466,000 men without the disease.

They found that 3.2% of the prostate cancer patients developed VTE within about five years after their cancer diagnosis, compared with 2.1% of men in the comparison group.

After accounting for other factors that could affect VTE risk -- such as heart disease and income -- the researchers concluded that prostate cancer patients had a 50% higher risk of VTE in the five years after their cancer diagnosis than those of the same age without prostate cancer.

"The magnitude of increased VTE risk among men with prostate cancer seen in our study is lower than that seen for other cancer types as seen in previous studies, and is likely attributable to the high proportion of men with localized disease and at low risk of cancer progression," Lenz and colleagues said in a journal news release.

There's more on VTE at the U.S. National Heart, Lung, and Blood Institute.