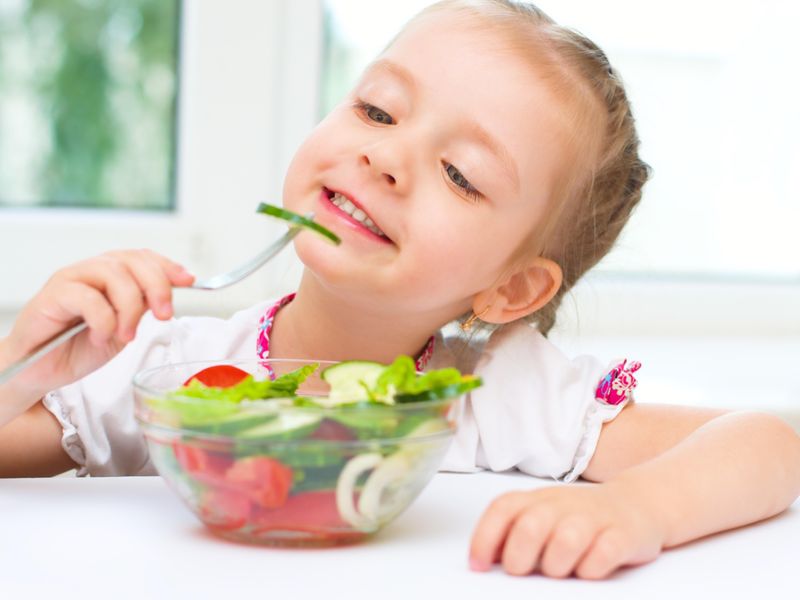 There's a Secret to Getting Kids to Eat Vegetables

Do you have a child who refuses to eat anything green? Rewarding them for trying new vegetables may make them more willing to eat them, a new study claims.

"It's important to start eating vegetables from a young age," said lead researcher Britt van Belkom, from the Youth, Food and Health program at Maastricht University's Institute for Food, Health and Safety by Design in the Netherlands.

"We know from previous research that young children typically have to try a new vegetable eight to 10 times before they like it," she noted. "And so we looked at whether repeatedly asking children to try some vegetables would make them more willing to eat their greens. We were also interested in whether providing a fun reward would make a difference."

The study included nearly 600 children, ages 1 to 4, at day care centers in the Netherlands. They were randomly assigned to one of three groups: exposure/reward, exposure/no reward, or no exposure/no reward (control group).

Those in the first two groups were given the opportunity to try a range of vegetables every day they attended their day care center for three months. Those in the reward group were given fun, non-food rewards such as a sticker or toy crown when they tried some vegetables.

At the start and end of the study, the researchers assessed the children's knowledge of 14 vegetables (tomato, lettuce, cucumber, carrot, bell pepper, onion, broccoli, peas, cauliflower, mushrooms, green beans, chicory, pumpkin and asparagus) and their willingness to taste six of them.

In both the exposure/reward and exposure/no reward groups, children could identify about 9 vegetables at the start of the study and about 11 at the end of the study, compared with about 8 and 10 in the control group.

The study was presented at the European Congress on Obesity, held in Maastricht, the Netherlands, May 4-7. Research presented at meetings should be considered preliminary until published in a peer-reviewed journal.

She added that the "type of reward is, however, very important -- it should be fun but not food."

For advice on getting your child to eat more fruits and vegetables, see the American Academy of Pediatrics.