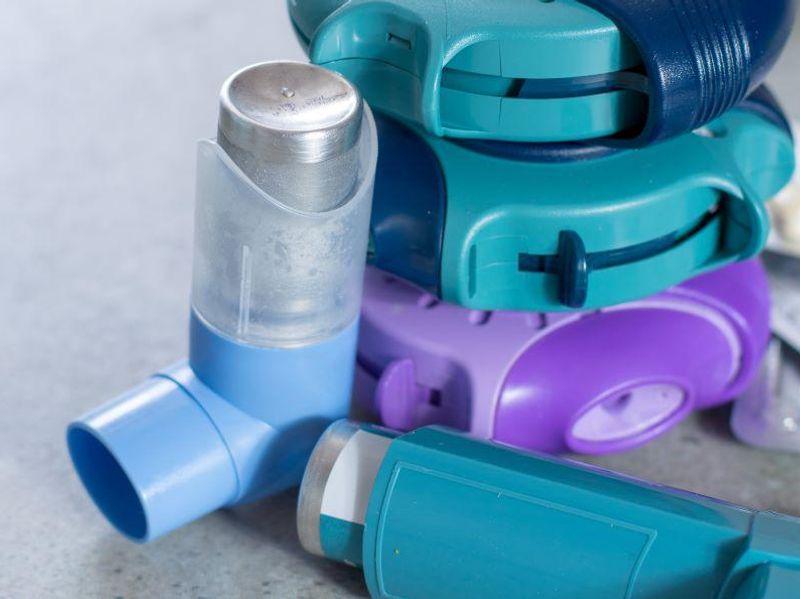 Could Asthma Treatment Raise Your Odds for Obesity?

Adults who suffer from asthma often need to take corticosteroids to open up their airways, but the medications may have an unintended side effect: New research shows the treatment, particularly when taken in pill form, raised the risk of patients becoming obese.

"Oral corticosteroids are often given to asthma patients, particularly those who had a long history of asthma, and oral corticosteroids were found to have a direct effect on the development of obesity among those asthmatic people," said lead researcher Subhabrata Moitra. He is a postdoctoral fellow at the University of Alberta in Edmonton, Canada.

Patients who know what triggers their asthma can also avoid those triggers. Some triggers can be related to work or exposure to air pollution or tobacco smoke, he said.

People who had asthma the longest had a 32% higher risk of becoming obese than those who had asthma for the shortest time. For people using oral corticosteroids, the risk for obesity was 99% higher when compared with those not using these medications. These risks were similar among both women and men, the researchers found.

"Even if you stop taking steroids but don't change your lifestyle, or do physical activity, or change your diet, I don't think that is going to impact obesity," he said. "Obesity further exacerbates the asthma, then you need a steroid or more other medication to control your symptoms. So it's actually a feedback loop."

The report was published online April 27 in the journal Thorax.

One expert doesn't think that oral corticosteroids completely explain why adults with asthma are prone to obesity.

"The association between obesity and asthma has been well-established, in that obesity not only increases the risk of developing asthma but also increases the severity, makes asthma harder to control and decreases the effectiveness of standard medications," said Dr. Sherry Farzan, an allergy and immunology physician at Northwell Health in Great Neck, N.Y.

Still, oral corticosteroids are well-known to trigger weight gain, especially with chronic use, she added. The role of oral corticosteroids in the obesity seen in this study is understandable, but does not fully explain the effect, because patients who were not on these drugs also had a greater risk for obesity, Farzan noted.

"Oral corticosteroid use and the duration of asthma may be confounders indicating that the underlying severity of asthma is the primary factor associated with obesity incidence," she said.

The study, however, highlights the importance of careful use of oral corticosteroids in asthmatics, because they may be the only controllable variable contributing to obesity, Farzan said.

"It would be in the best interest of our patients to limit oral corticosteroid use to those cases where it is absolutely necessary," she said. "Further research regarding the mechanisms underlying the obesity and asthma relationship is crucial to identify optimal treatments of our patients."

For more on asthma and obesity, head to the U.S. Centers for Disease Control and Prevention.