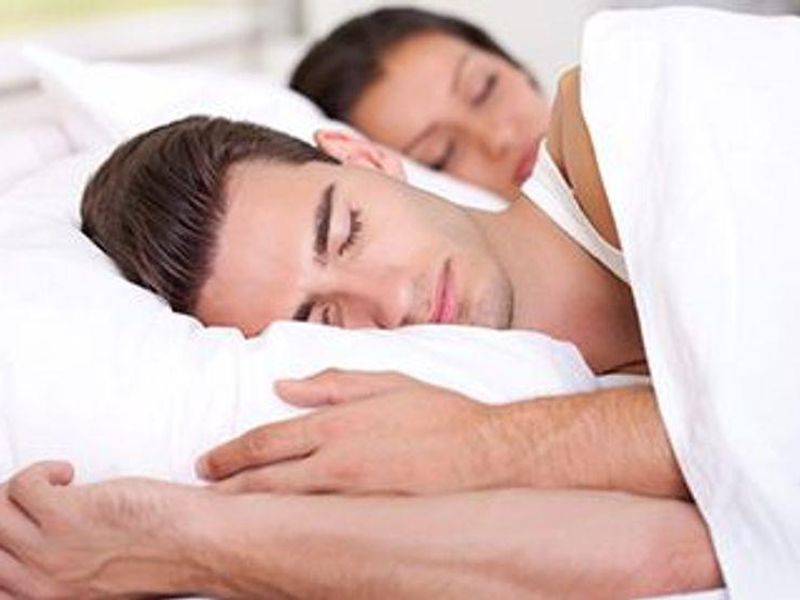 How a Lack of Sleep Can Widen Your Waistline

People who choose to skip sleep to study, work or play late into the night may find they've extended not just their waking hours but also their tummies.

A small new study found that the basic problem sources back to the fact that people who don't get enough sleep tend to eat more. Even worse, all those extra calories wind up precisely where most people don't want it: around the belly.

"Our work focused on people who chose to sleep less," explained study author Dr. Virend Somers, a professor of cardiovascular medicine with the Mayo Clinic College of Medicine in Rochester, Minn. "It wasn't about insomnia, so much as, say, a student in college who decides they find it necessary to sleep less for a while in order to get their work done.

"But what we found is that when a relatively young, healthy and lean person is sleep-deprived and has unrestricted access to food, he or she eats 300 more calories per day," said Somers.

That extra food did not appear to lead to enormous weight gains, the researchers acknowledged. Yet, it did appear to translate into a "stunning" 11% increase in so-called "visceral fat," Somers said.

"That's the fat that wraps around the belly and the internal organs," he noted. "The fat which you really can't see. But it's actually the most dangerous fat."

That, said Somers, is because deeply deposited visceral fat "produces all kind of toxic things that cause heart and blood vessel disease," including high blood pressure, high blood sugar and high cholesterol -- all of which can notably elevate the risk for developing diabetes.

Somers and his colleagues reported their findings in the April 5 issue of the Journal of the American College of Cardiology.

They noted that more than a third of American adults regularly fail to get enough sleep due to lifestyle choices, such as working night shifts or falling prey to the lure of social media.

To explore the impact of sleep loss on fat accumulation, investigators enlisted 12 healthy people aged 19 to 39 between 2013 and 2018.

None of the participants was obese. All were asked to complete two in-laboratory study phases, each lasting three weeks in total.

Throughout each phase, "we monitored all the food they had," said Somers. "But they could eat or order anything they wanted."

The team found that protein intake rose by 13% and fat intake went up by 17% during the sleep restriction phase, while activity levels remained more or less constant.

Still, "the interesting thing is that when sleep restriction occurred they only gained about a pound in weight over the study time frame, which is not a large increase," Somers said.

"But what really surprised us," he added, "is that even after sleep restriction was stopped and eating levels fell back [down], visceral fat continued to increase.

"But what we can tell already is that even for healthy people who lose sleep by choice, this is not a switch you can readily turn off once you turn it on," he said. "And what's really important to understand here is that catch-up sleep -- after sleep loss -- will not necessarily bring you back to normal."

Somers' advice: "If you are going to be sleep-deprived for a prolonged period you should pay particular attention to how much food you eat and what your food choices are. And be more conscientious about exercising."

Also, since visceral fat rises even if the scale barely budges, "know that measuring your weight alone is not going to tell you if things are good or bad," he said.

The thought was seconded by Dr. Harold Bays, medical director and president of the Louisville Metabolic and Atherosclerosis Research Center, and author of an accompanying editorial.

"Abnormal sleep patterns -- especially when due to stress -- are likely to worsen body fat function, increase visceral or belly fat, and worsen body composition, even without much change in body weight," Bays said.

But the solution, he suggested, is simple: Get enough sleep.

There's more on the importance of sleep at Sleep Foundation.