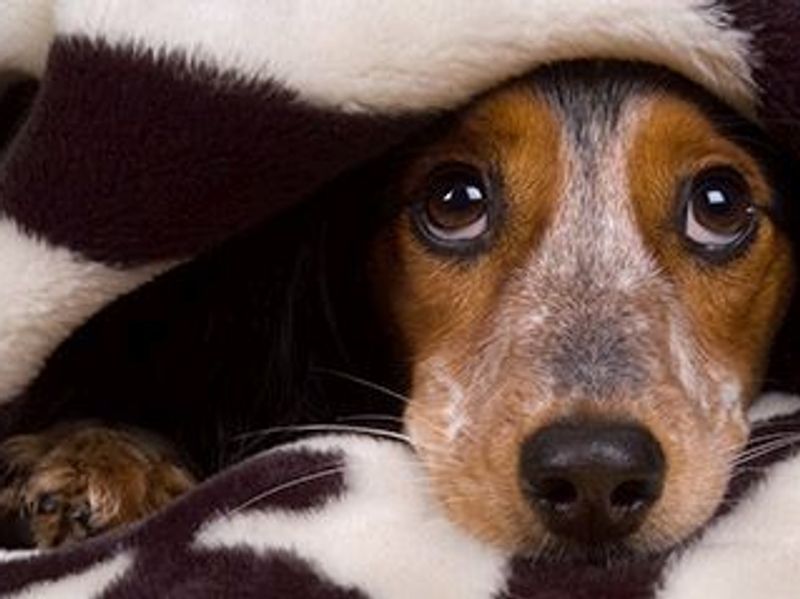 If you've ever wondered how your pooch flashes those "puppy dog eyes" that melt your heart, a new study may provide some answers.

The researchers identified certain muscle features that help dogs look so cute, and it suggests that thousands of years of selective breeding have contributed to their ability to use expressions to their advantage.

"Dogs are unique from other mammals in their reciprocated bond with humans which can be demonstrated though mutual gaze, something we do not observe between humans and other domesticated mammals such as horses or cats," said study senior author Anne Burrows. She is a professor at Duquesne University School of Health Sciences, in Pittsburgh.

"Our preliminary findings provide a deeper understanding of the role facial expressions play in dog-human interactions and communication," Burrows said in a news release from the American Association for Anatomy.

For the study, the researchers compared tiny facial muscles called mimetic muscles used to form expressions in dogs and wolves. Though closely related, the two species diverged genetically about 33,000 years ago as humans began selectively breeding wolves. They were the first species domesticated.

In people, mimetic muscles are dominated by "fast-twitch" myosin fibers that both contract and tire quickly. That's why we can make expressions instantly but not maintain them for long, the study authors explained.

Dogs' and wolves' facial muscles are also dominated by fast-twitch fibers. But dogs have more of them, allowing for expressions such as raised eyebrows, as well as short, powerful muscle contractions needed for barking.

"These differences suggest that having faster muscle fibers contributes to a dog's ability to communicate effectively with people," Burrows said. "Throughout the domestication process, humans may have bred dogs selectively based on facial expressions that were similar to their own, and over time dog muscles could have evolved to become 'faster,' further benefiting communication between dogs and humans."

In previous research, Burrows and her colleagues found that dogs have a mimetic muscle that is absent in wolves and contributes to the "puppy dog eye" expression.

The authors said further research is needed to confirm their new findings.

The report was presented Tuesday at a meeting of the American Association for Anatomy, in Philadelphia. Research presented at meetings should be considered preliminary until published in a peer-reviewed journal.

There's more on dog domestication at the Smithsonian Institute.