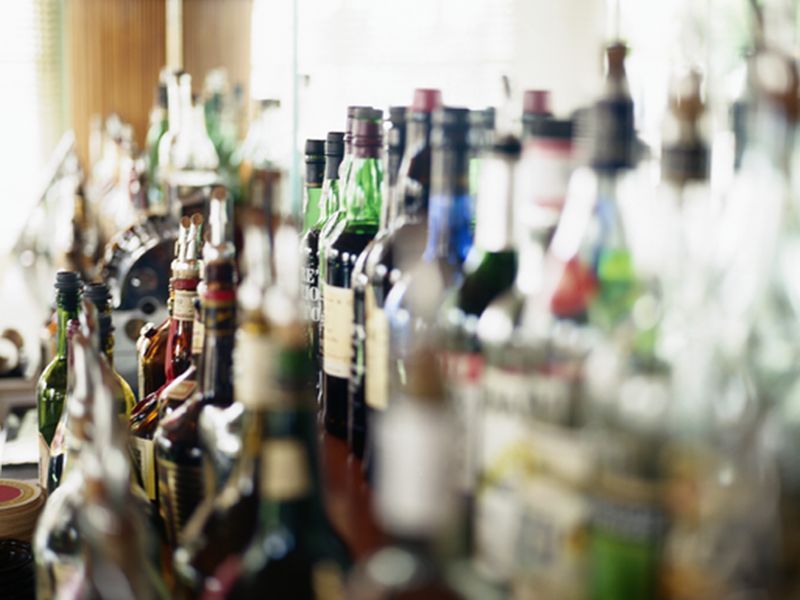 Even a Little Drinking Ages the Brain: Study

There is no amount of alcohol that is good for your brain.

So claims a new study that found even light to moderate drinking can age the brain faster than normal.

Previous research has shown that heavy drinkers have changes in brain structure and size that are associated with thinking and memory problems.

In this new study, researchers analyzed data from the U.K. Biobank on more than 36,000 British adults and found that just a few glasses of beer or wine a week was associated with reductions in overall brain volume.

The more people drank, the stronger the association.

For example, the researchers said that as average drinking among 50-year-olds increased from one alcohol unit (about half a beer) a day to two units (a pint of beer or a glass of wine), there were associated changes in the brain equivalent to aging two years. Going from two to three alcohol units at the same age was like aging 3.5 years.

"The fact that we have such a large sample size allows us to find subtle patterns, even between drinking the equivalent of half a beer and one beer a day," said study co-author Gideon Nave, from the University of Pennsylvania.

"These findings contrast with scientific and governmental guidelines on safe drinking limits," said co-author Dr. Henry Kranzler, director of the university's Center for Studies of Addiction.

"For example, although the National Institute on Alcohol Abuse and Alcoholism recommends that women consume an average of no more than one drink per day, recommended limits for men are twice that, an amount that exceeds the consumption level associated in the study with decreased brain volume," Kranzler explained in a UPenn news release.

The findings may prompt drinkers to reconsider how much alcohol they consume, according to the researchers.

"There is some evidence that the effect of drinking on the brain is exponential," said co-author Remi Daviet, from the University of Wisconsin-Madison. "So, one additional drink in a day could have more of an impact than any of the previous drinks that day. That means that cutting back on that final drink of the night might have a big effect in terms of brain aging."

The study was published March 4 in the journal Nature Communications.

The study authors would like to conduct further research to get more answers about alcohol use and the brain.

"This study looked at average consumption, but we're curious whether drinking one beer a day is better than drinking none during the week and then seven on the weekend," Nave said. "There's some evidence that binge drinking is worse for the brain, but we haven't looked closely at that yet."

For more on alcohol and the brain, see the U.S. National Institute on Alcohol Abuse and Alcoholism.