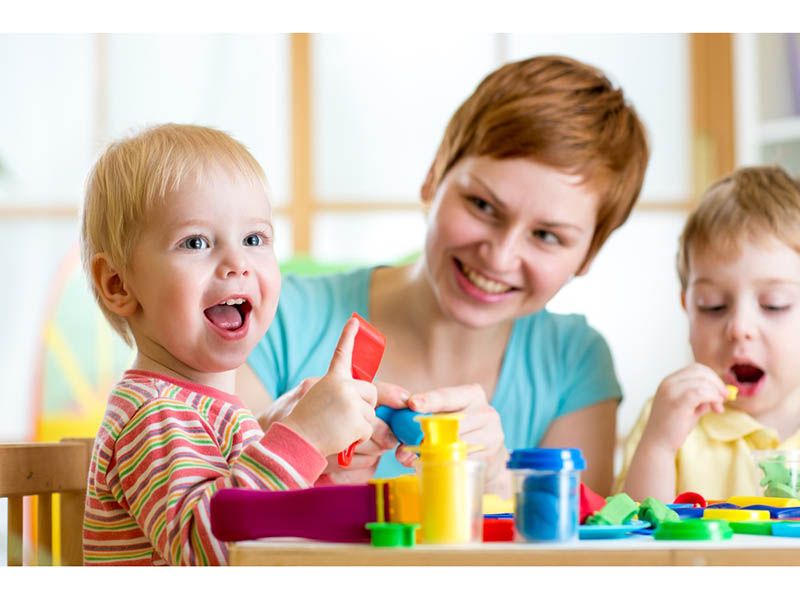 Hands-on learning can be fun, and new research suggests that it works as well as more traditional teaching methods.

Known as "guided play," the technique involves educational activities that are gently steered by an adult but give kids the freedom to explore while learning. They include games that require children to read, write or use math.

"The argument is sometimes made that play, while beneficial, adds little to children's education," said Paul Ramchandani, professor of play in education, development and learning at the University of Cambridge in England.

"In fact, although there are still some big questions about how we should use guided play in classrooms, there is promising evidence that it actively enhances learning and development," he said in a university news release.

The strategies are more common in a preschool setting, but can also work well in early elementary school, the researchers found.

The researchers unearthed 39 studies done between 1977 and 2020 that had some information about guided play in comparison with either free play or direct instruction, even though the studies were on broader subjects.

They then calculated how much of an overall positive or negative effect guided play has on different aspects of learning.

The takeaway: Guided play was as effective as traditional methods in developing literacy, the ability to work with numbers, social skills and essential thinking skills known as executive functions. Some of those skills -- like learning math -- may even be more successfully learned through guided play, the researchers said.

"It's only recently that researchers have started to conceptualize learning through play as something that exists on a spectrum," said study co-author Elizabeth Byrne, from Cambridge's faculty of education. "At one end you have free play, where children decide what to do with minimal adult involvement; at the other is traditional, direct instruction, where an adult tells a child what to do and controls the learning activity." Guided play falls somewhere in between.

"It describes playful activities which are scaffolded around a learning goal but allow children to try things out for themselves," Byrne explained in the release. "If children are given the freedom to explore, but with some gentle guidance, it can be very good for their education -- perhaps in some cases better than direct instruction."

They said it's possible that guided play helped kids learn how to work through the logical steps in math tasks. The fact that it involves hands-on learning may be important, they added.

"Children often struggle with mathematical concepts because they are abstract," Byrne said. "They become easier to understand if you are actually using them in an imaginary game or playful context. One reason play matters may be because it supports mental visualization."

This style of learning may also enhance motivation, persistence, creativity and confidence, the authors said, which could make a difference in schools.

The study was published Jan. 12 in the journal Child Development.

The American Academy of Pediatrics has more on the power of play.