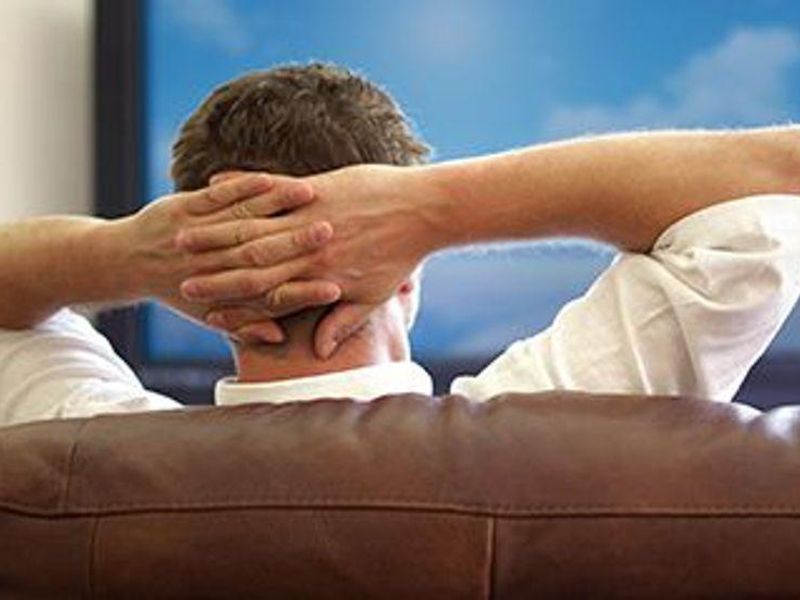 Too Much Sitting Could Mean Worse Outcomes for Cancer Survivors

Beating cancer is a huge feat, but how survivors live their lives afterwards also influences their longevity. A new study shows those who sit too much and are not physically active are much more likely to die early from cancer or any other cause than those who are more active.

Data on cancer survivors who took part in the U.S. National Health and Nutrition Examination Survey from 2007 to 2014 showed that inactive survivors who reported sitting more than eight hours a day were at the highest risk of dying.

"Cancer survivors who did not meet the Physical Activity Guidelines for Americans [150 minutes per week of moderate-to-vigorous intensity leisure-time physical activity] and sit longer than eight hours per day had more than a fivefold increase in the risk of death from all causes -- cancer and non-cancer," said lead researcher Lin Yang. She is a research scientist in the department of cancer epidemiology and prevention research at Cancer Care Alberta in Calgary, Canada.

Yang noted that these findings cannot prove that inactivity causes earlier deaths among cancer survivors, only that there is an association.

"There is a need for future investigations on the causal relationships between sedentary behavior, physical activity and survival after cancer, as well as the biological mechanisms operating these relationships," she added.

The link was particularly troubling because the researchers found that as many as one-third of cancer survivors didn't exercise and sat more than six hours a day. Only about one-third got the recommended 150 hours of exercise a week, Yang said.

"As we are facing the reality of a rapidly growing population of cancer survivors, interventions are timely and critical to target behavior changes," she said. "The challenge lies in how to personalize these interventions, given the diverse profiles of cancer survivors. Our study has clinical and policy implications to collectively create programs that provide cancer survivors with capability, motivation and opportunities to initiate positive changes to sit less and move more."

For the study, Yang's team collected data on more than 1,500 cancer survivors. During up to nine years of follow-up, nearly 300 patients died.

The report was published online Jan. 6 in JAMA Oncology.

According to Alpa Patel, senior vice president of population science at the American Cancer Society, "This report continues to reinforce the important message of being physically active and trying to limit your time spent sedentary, especially in leisure time."

"It's not only that we're exercising less, you actually see more of a displacement of what we call daily life activity or light intensity activity," she said. "It's 'I'm sitting more because I'm not standing and washing dishes or doing other things, other chores around my house.'"

People should strive for 150 minutes to 300 minutes per week of moderate-intensity activity, Patel said. "But what we're also learning now is that, even if you're achieving that, there are still harmful effects of sitting too much," she added.

Cancer survivors don't often get the message that they should be physically active, Patel said. Part of the reason may be that patients aren't motivated or don't feel well, but it's also because they aren't encouraged to be active.

"In the clinical care community, what we see is many clinicians still telling patients to conserve their energy to rest, when what we should be telling them is it's safe to be physically active, and there are a lot of health benefits to being physically active," Patel said. "These results support that doing something is better than doing nothing."

For more on surviving cancer, head to the American Cancer Society.