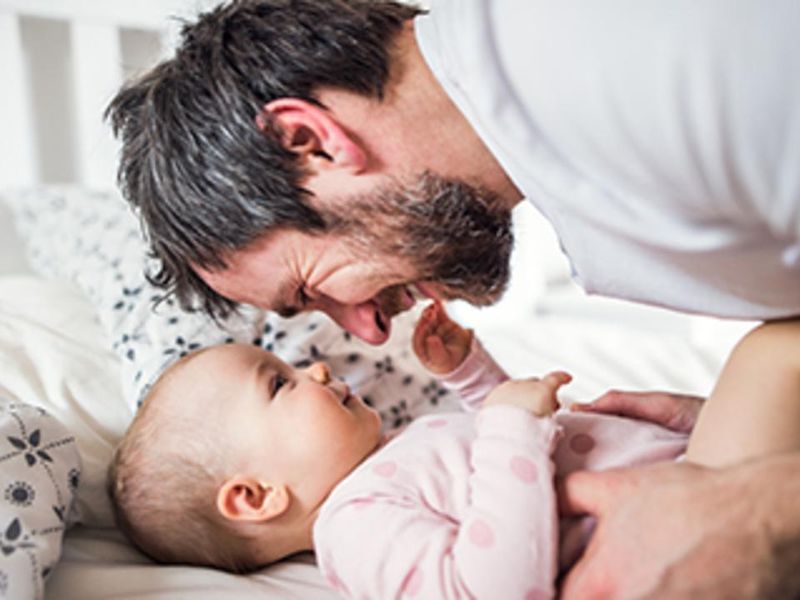 That sing-song speech parents use when talking to their babies is universal, and infants tend to prefer it.

So, when a baby doesn't seem to engage with this melodic "motherese," or baby talk, it can be an early sign of autism spectrum disorder (ASD).

Researchers at the University of California, San Diego used numerous techniques to pinpoint brain areas responsible for a child's reaction to baby talk -- like doggie for dog or horsie for horse.

"This new study, which combined state-of-the-art brain imaging, eye-tracking and clinical testing, opens the door toward precision medicine in autism," said senior author Eric Courchesne, a professor of neuroscience and co-director of the Autism Center of Excellence at UCSD.

The researchers hoped to gain objective insights into how the brain is developing in children with autism.

"For the first time, we are seeing what the possible brain impact is for children with autism who fail to pay attention to social information," Courchesne said in a university news release.

The investigators suspected that little ones with ASD experience impaired development of innate mechanisms that respond to baby talk.

To test this, they conducted a series of tests involving 71 toddlers and 14 adults.

They used functional magnetic resonance imaging (fMRI) to measure sleeping toddlers' brain activity in response to baby talk and other speech. The researchers also assessed the youngsters' social and language development and used eye-tracking technology to measure their responses to women speaking baby talk as well as to non-speech computer sounds and images.

Toddlers with ASD have been found to show less interest in social activities and stimuli that would normally attract a young child's attention, such as watching other kids play, sing or dance.

This study also found different responses among typically developing youngsters and those with ASD.

Those children with the poorest neural responses to baby talk displayed the most severe social symptoms, poorest language outcomes and most impaired behavioral preference and attention toward baby talk.

By comparison, infants and toddlers with typical development showed the strongest responses and affinity to baby talk.

The researchers confirmed the findings by correlating eye-gaze patterns to brain and behavior responses.

The superior temporal cortex, a brain area that processes sounds and language, responded more weakly to baby talk and emotion speech in children with ASD.

The opposite was true among typically developing children, though eye-tracking found strong brain activation and interest in baby talk in some toddlers with ASD.

"The fact that a few children with autism did show strong brain activation and good attention to motherese speech is encouraging for two reasons: First, because it suggests that these particular toddlers with autism are likely to have good outcomes," said study co-author Karen Pierce, a professor of neurosciences at UCSD and co-director of the Autism Center of Excellence. "And second, it suggests a novel area for treatment."

The authors said their findings could lead to development of diagnostic tools and biomarkers for early identification of ASD.

The study was published Jan. 3 in Nature Human Behavior.

The U.S. Centers for Disease Control and Prevention has more on autism spectrum disorder.