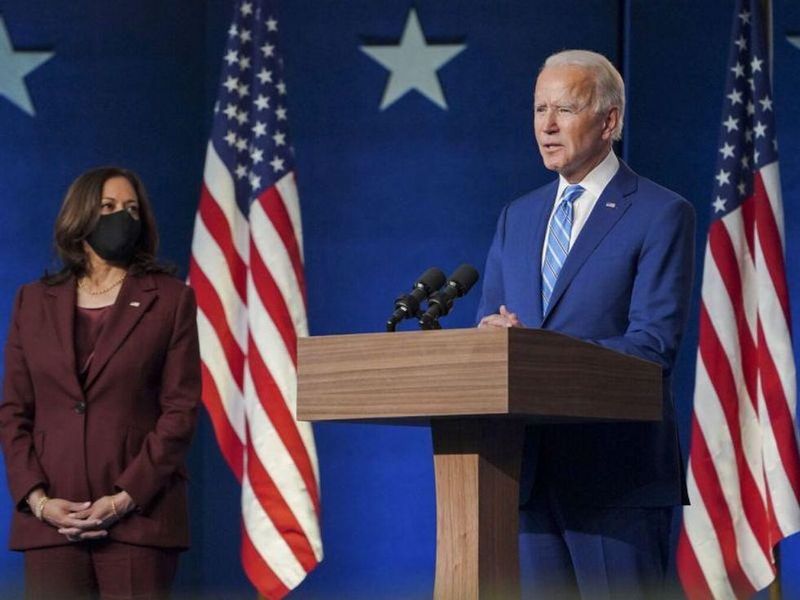 President Joe Biden is undergoing a routine colonoscopy Friday, and will briefly transfer power to Vice President Kamala Harris while he's sedated for the procedure, the White House said.

The colonoscopy will be part of Biden's first routine physical exam as president, and will take place at Walter Reed National Military Center.

"As was the case when President George W. Bush had the same procedure in 2002 and 2007, and following the process set out in the Constitution, President Biden will transfer power to the vice president for the brief period of time when he is under anesthesia," White House press secretary Jen Psaki said. "The vice president will work from her office in the West Wing during this time."

Biden, 78, had his last physical in December 2019. That exam found him to be "healthy" and "vigorous," but noted that since 2003 he has had episodes of atrial fibrillation, an irregular heart rhythm that if left untreated increases a person's risk of stroke and heart attack, the Associated Press reported.

Biden's primary care doc, Dr. Kevin O'Connor, said at the time that the president takes a blood thinner to prevent blood clots that could lead to stroke.

Biden did have lifesaving surgery in 1988 to repair two brain aneurysms, weak bulges in arteries, one of them leaking. Biden has never had a recurrence, his doctor said, citing a test in 2014 that examined his arteries.

Harris will be making history during the short time she serves as acting president. She is the first woman to be vice president, as well as the first person of color and person of South Asian descent.

Harris is scheduled to travel to Ohio later today after Biden wakes from anesthesia and resumes his duties, the AP reported. Biden is scheduled to take part this afternoon in the annual pardoning of two Thanksgiving turkeys.

Former President Donald Trump refused to go under anesthesia when he underwent a colonoscopy during his term in office, according to a book by former press secretary Stephanie Grisham.

Trump did not want to hand power over to his vice president, Mike Pence, during the 2019 procedure, Grisham wrote. He also kept the colonoscopy itself under wraps, worried that late night comedians would make fun of him.

As part of Constitutional procedure, Biden will sign a letter to the leaders of the Senate and House of Representatives informing them that Harris is the acting president while he is unconscious and unable to discharge his duties, the AP reported.

Biden will send them another letter once he wakes from the procedure and resumes his duties.

Visit the U.S. National Institute of Diabetes, Digestive and Kidney Diseases for more on colonoscopies.