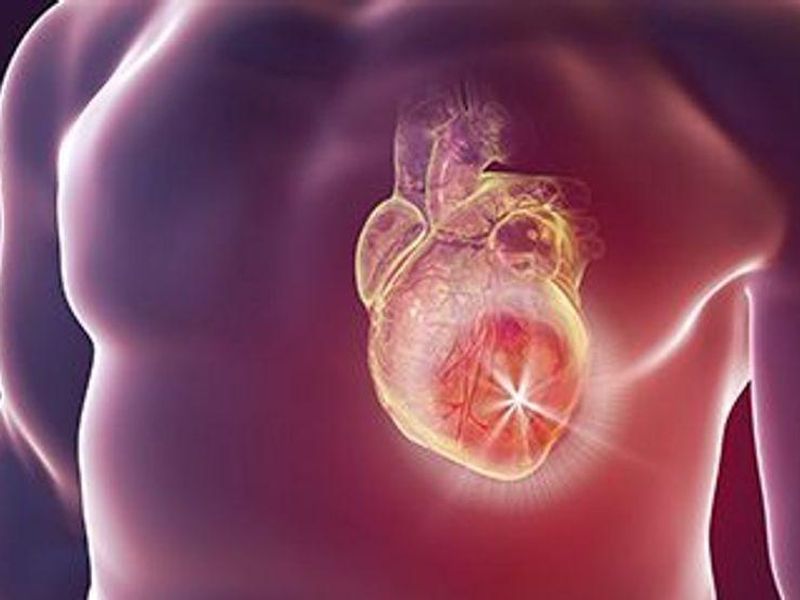 Knowing Your A-Fib Triggers Could Help You Avoid It: Study

People suffering from dangerous abnormal heart rhythms can take matters into their own hands and figure out what is triggering their episodes, researchers report.

Folks with atrial fibrillation (a-fib) were able to reduce their episodes of the irregular heartbeat by 40% by identifying and then avoiding the substances or activities that caused their heart to go herky-jerky, according to findings presented Sunday at the online annual meeting American Heart Association (AHA).

Overall, it turned out alcohol was the only trigger that was consistently associated with a-fib, although individual patients might be affected by less common triggers like dehydration or exercise.

Coffee didn't appear to have any significant relationship with a-fib, said lead researcher Dr. Gregory Marcus, a professor of medicine at the University of California, San Francisco's School of Medicine and associate chief of cardiology for research at UCSF Health.

"Although caffeine was the most common trigger selected for testing, only alcohol consistently demonstrated evidence of a near-term effect on self-reported a-fib episodes," Marcus said.

For this study, Marcus and his colleagues engaged a-fib patients to help design a clinical trial intended to determine whether people could effectively figure out triggers on their own.

Nearly 450 people were provided with a simple smartphone-linked device that provided them an EKG readout when they thought they were experiencing an a-fib episode. The device works by placing the pointer and middle fingers of both hands on a sensor pad.

Atrial fibrillation is an irregular or quivering heartbeat in the upper chambers of the heart that affects at least 2.7 million Americans, the AHA says. Blood can pool and clot in those chambers during an episode, potentially leading to a stroke or heart attack.

Left untreated, a-fib doubles the risk of heart-related death and increases stroke risk fivefold, according to the AHA.

Participants in the trial were randomly assigned either to track their a-fib episodes during a six-week period or to test whether suspected triggers might be causing their irregular heartbeat.

People testing for triggers could select from a menu of potential a-fib causes such alcohol, caffeine, exercise, lack of sleep, dehydration, large meals, and lying on their left side. They could also write in their own suspected trigger -- stress or anxiety was the most common one suggested by the participants.

"They were assigned in one-week blocks to go ahead and test your trigger this week," Marcus explained. The smartphone app used in the study "would remind them you told us that two glasses of wine triggered your a-fib, this is your week to exposure yourself to that trigger."

On other randomized weeks, they would receive instructions to avoid their particular trigger, to see whether or not they continued to have a-fib episodes.

At the end of the six weeks, patients were shown the results of their self-testing and given the opportunity to change their behavior if avoiding the trigger did indeed reduce their risk of a-fib. For the next four weeks, they were monitored to see if what they learned would influence the number of a-fib episodes they had.

Those who had gone through trigger testing reported 40% fewer events during those four weeks than those who only self-monitored their a-fib episodes. Alcohol, dehydration and exercise were each associated with a-fib during the four-week lifestyle change period.

"Once the patients were told, 'These are your triggers,' and they got the feedback, they were actually able to reduce the incidence of a-fib," said Dr. Biykem Bozkurt, director of the Winters Center for Heart Failure at the Baylor College of Medicine in Houston. "That is fascinating, and I was truly intrigued by this."

Following the first 10-week part of the trial, everyone was given the option to continue testing for triggers, allowing researchers to gather even more data, Marcus said.

By the end, alcohol stood head and shoulders above the other potential triggers as the one most clearly linked to atrial fibrillation, researchers report.

Other triggers might create an individual risk for an a-fib episode, but none of the others were statistically significant across the entire group, Marcus and Bozkurt said.

The study found no evidence that knowing these triggers and heading off a-fib episodes led to an overall improved quality of life, but Bozkurt said that was not surprising given that a-fib is sometimes asymptomatic and often has a subtle effect on a person's day-to-day life.

"Maybe in those, one may not be able to discern the quality-of-life changes because individuals may not be aware of their symptoms or their overall well-being," said Bozkurt, who wasn't part of the study.

Doctors treating a-fib patients might want to encourage them to self-test their triggers, Marcus concluded.

"It's not unreasonable to go ahead and experiment," Marcus said. "It's a very efficient use of these [home heart monitoring] devices to determine on their own whether they are in fact triggered with their a-fib or not.

"It might help free patients up to enjoy substances -- caffeine or coffee is one example -- that they might otherwise not," Marcus noted. "It may help reassure them that certain exposures, certain exercises, might actually not be harmful."

The American Heart Association has more about atrial fibrillation.