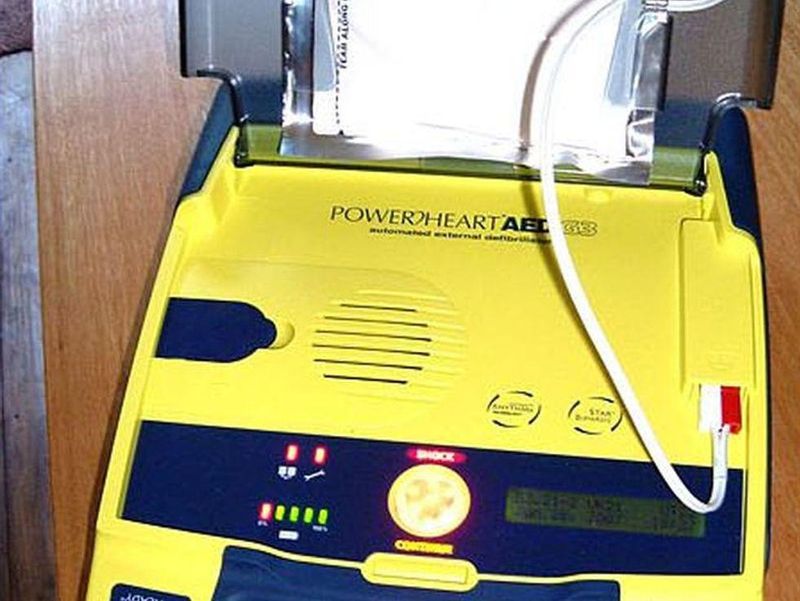 Adult staff in schools are more likely than students to suffer sudden cardiac arrest, but automated external defibrillators (AEDs) are often used and improve the chances of survival, a new study finds.

AEDs are portable devices that deliver an electric shock to try and restart the heart. If appropriate action isn't taken immediately, cardiac arrest is often fatal.

"Most research on sudden cardiac arrest in school-aged populations focuses on high schools and student athletes, leaving out the majority of students and adults in schools," said lead study author Milla Arabadjian. She is a postdoctoral research associate at New York University College of Nursing, in New York City.

AEDs were used in 84% of cardiac arrest events and the majority of patients survived, the findings showed. School size and the number of AEDs in the school did not affect the chances of survival, according to the study. The results were recently published online in the journal Frontiers in Pediatrics.

New York is one of 18 states that require AEDs in public schools. The researchers also found that AEDs were widely available in private schools in the state, even though it's not required by law.

"Given that sudden cardiac events occurred across all educational levels and among more adults than students, emergency preparedness and policies on AEDs should focus on schools at all levels, and not just high schools and those with athletics," Arabadjian said in a university news release.

"While this study examined AED availability and utilization in New York schools, similar research is needed in other states, including those that do not have legal requirements regarding AEDs in schools," she added.

AEDs have been shown to save lives, so professional health organizations recommend making them available in a range of locations.

The American Heart Association has more on sudden cardiac arrest.