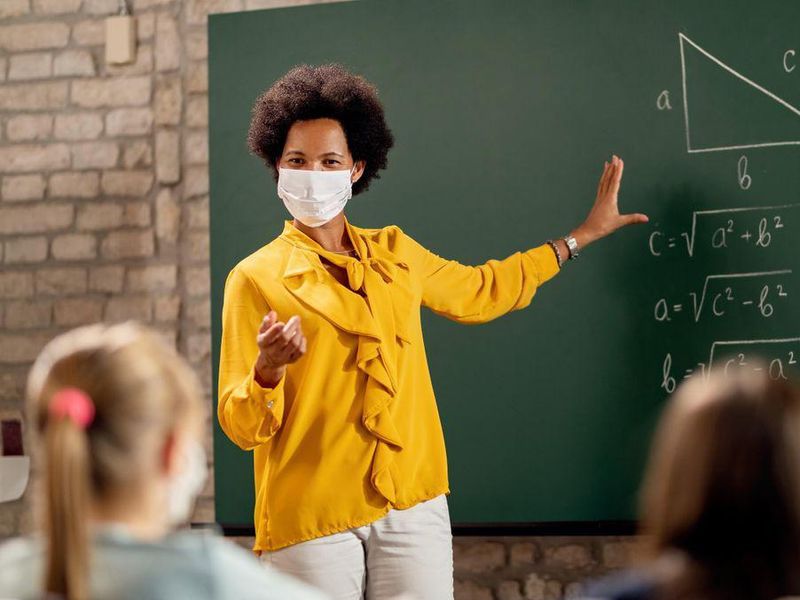 'Income Inequality' Could Be Dragging Down Math Skills in U.S. Kids

The United States has the highest income gap in the developed world, and it's affecting how kids do in school, new research suggests.

A new study reports that 10-year-olds' scores on standardized math tests were lower on average between 1992 and 2019 in states with higher levels of income inequality — a measure of how unevenly income is distributed through a population.

And the struggles aren't limited to low-income kids, the study's author said.

"For math, income inequality was associated with lower achievement for both poor and non-poor students alike," said Joseph Workman, a sociologist at the University of Missouri-Kansas City.

The study compared fourth-graders' math and reading scores from 1992 to 2019 with income data from all 50 states. It used data from the National Assessment of Educational Progress, which measures student achievement nationwide using a sample of youngsters from each state. It's commonly known as the nation's report card.

Workman's study found that states with the biggest increases in income inequality also had the smallest increase in math scores, an average 17.5 points. That compared to 24.3 points in states where the divide didn't widen as quickly.

The gap was associated with lower achievement for poor and more affluent students alike, the findings showed.

But while math gaps were significant, reading results were not linked to income inequality overall, according to the report published Oct. 5 in the journal Educational Review.

"For reading, income inequality benefited non-poor students and harmed poor students," Workman said. "So, for reading the benefits and harms cancel out to no association overall."

Preliminary evidence suggests these same patterns apply for students of other ages, too.

Income inequality has been attributed to an array of concerns — from mental health issues to higher divorce rates, substance abuse and child mistreatment. That may affect a child's development, researchers suggest. The income gap also may result in a high concentration of children from disadvantaged backgrounds at some schools, making it harder for them meet each child's needs, the study suggests.

Workman said his findings have important implications for policymakers.

He suggested that higher tax revenues could be earmarked for programs that support child development, such as universal pre-kindergarten or summer learning programs.

Pew Research Center has information about income inequality in the U.S.