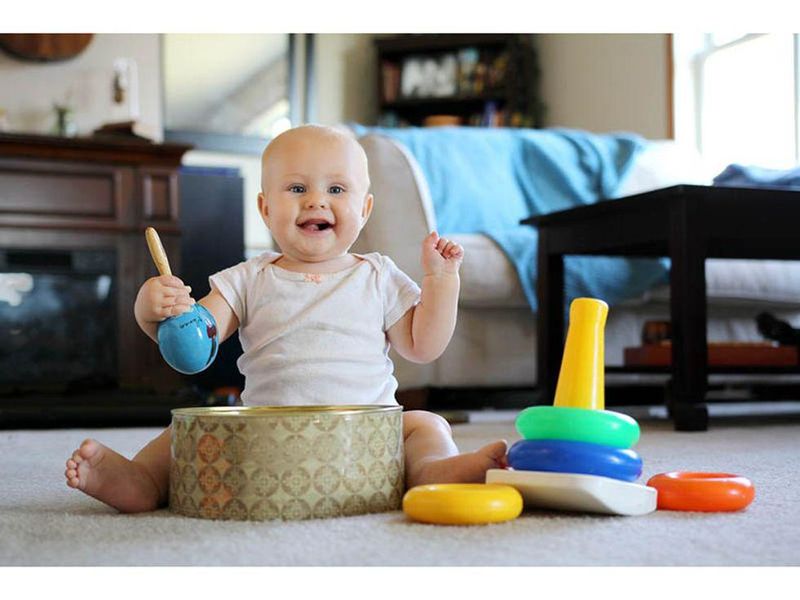 Babies Know Best When It Comes to Play

Spend time with babies and you'll see they pick up items, bang them together and, often, chew on them.

That play is key to learning and development, but most research on infant play has taken place in a lab and not on a living room floor -- until now.

"At a time in development when infants must acquire information about what objects are and what they can do with them, massive amounts of practice playing with a variety of objects at home is beneficial for learning," said Catherine Tamis-LeMonda, a professor of applied psychology at New York University, in New York City.

"And varied exploration is adaptive. We thus seek to flip the narrative from a critique of what infants have not yet achieved to an acknowledgement of how infants interact with their natural learning environment at home," she said in a news release from the Society for Research in Child Development.

Previous research in a lab gave babies a chance to play with selected items for a specific amount of time. Though it revealed something about how babies explore and interact with objects in controlled conditions, it told researchers little about spontaneous play.

This new study included 40 babies. Half were 13 months of age, and the others were 18 to 23 months old -- a grouping that ensured there were about equal walkers and crawlers.

A researcher used a handheld video camera to record the babies at home with their moms, letting them interact freely with whatever objects were available.

The investigators found that babies played with dozens of objects in an hour in short bursts of activity. They spent about 60% of their time interacting with objects, including playing with household items like pillows, remote controls, stools, cabinet doors and boxes, as much as they did with toys.

These findings are key to understanding how object play contributes to everyday learning and development, the study authors said.

According to Orit Herzberg, a postdoctoral fellow at New York University, "Instead of viewing infant behavior as flighty and distractible, infants' exuberant activity should be viewed as a developmental asset -- an ideal curriculum for learning about the properties and functions that propels growth in motor, cognitive, social and language domains. Infants learn about the world by playing with as many things as possible, in short bursts of activity. And every object is a potential play object."

The researchers noted that one limitation of the study was that most of the babies were from white, upper-middle class, educated families in a large metro area. And whether babies would behave differently if they were with someone other than their mothers is not known. The babies had no siblings and their mothers were 27 to 46 years of age.

The findings were published Sept. 29 in the journal Child Development.

UNICEF has more on how babies learn from playing.