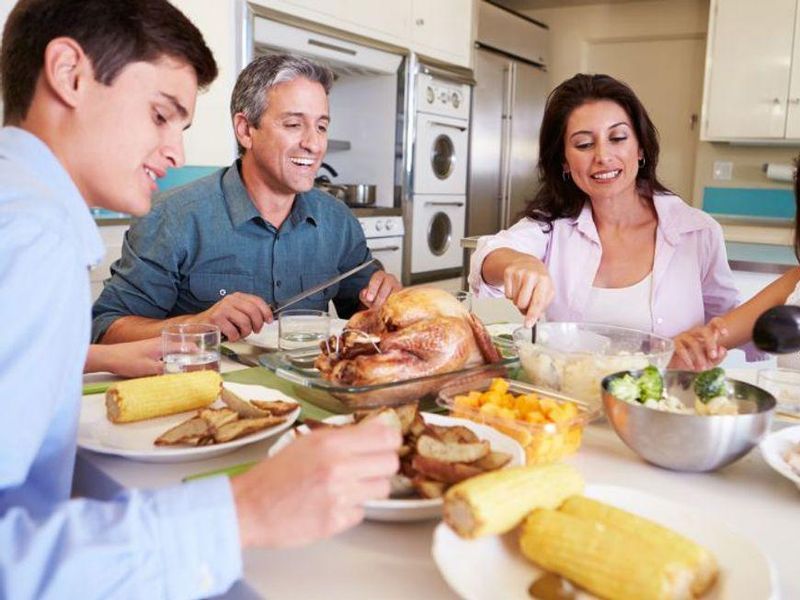 Over the past year and a half, the coronavirus pandemic has remade so much of everyday life, including the foods families eat.

In many families, that's been a good thing, with half cooking at home more often and two-thirds making healthier food choices, according to a nationwide poll of U.S. parents. For about 20% of parents, many of whom said they felt stressed-out and busy, the pandemic lifestyle has meant picking up fast food more often, however.

"Children's nutrition is really important and there's been a lot of disruption in kids' lives and in the lives of families," said pediatrician Dr. Gary Freed, co-director of the C.S. Mott Children's Hospital National Poll on Children's Health. "We wanted to get a better sense of how that plays out and how it plays out for different types of families."

His team surveyed 2,019 parents with at least one child in the home between 3 and 18 years of age.

One in 6 said their child eats fast food at least twice a week. Parents who said their kids are overweight were almost twice as likely to give them fast food that often, the poll found.

"We should not and cannot tell parents that they're wrong, but what we can do is help them make healthier choices within the decisions they're making for their families," Freed said.

He noted that one fast food meal exceeds a child's daily recommended fat, sodium and calorie intake without the nutritional benefits of home cooking.

"The impact is really both nutritionally as well as potentially adding to the obesity problems that we see in this country," Freed said.

Only 1 in 3 parents said they read the nutritional information on menus. Most (88%) said they let their child choose what to eat. But two-thirds said they steer their child to healthier options and try to limit calorie-laden choices such as french fries and milkshakes.

Freed said making healthier changes could be as simple as saying no to soda -- among the least healthy items on the menu -- and suggesting milk instead. He cautioned against supersizing meals and suggested choosing grilled foods instead of fried.

For parents who have been cooking more during the pandemic, working from home, feeling unsafe at restaurants or having financial concerns may have motivated those changes.

Dr. Ellen Rome is a member of the American Academy of Pediatrics Committee on Nutrition.

With fast food, it can be very easy to overdo because these foods are full of carbohydrates and fats, said Rome, head of adolescent medicine at the Cleveland Clinic Children's Hospital in Ohio. As such, fast food should be an occasional treat, not a daily or weekly habit, she said.

"Fast food is exactly that. It's fast and convenient, and not necessarily less expensive, depending on how a family shops and budgets and cooks," Rome said.

The pandemic has led to several bad habits, she pointed out. Kids have been eating in front of the TV, their laptops or while playing video games. Those with obesity have gained more weight and those with disordered eating have become more disordered in their eating habits, Rome added.

Kids and young adults do have particular energy needs, including the right amount of fat each day for brain function, she said. Parents should work with their pediatrician to figure out how to fuel their child's bodies properly, Rome suggested. Each child has individual needs.

One of the best changes a family can make is to eat together every day for breakfast, lunch and/or dinner, Rome said. Those meals are when you can find out how your kids are doing, talk about how they're feeling, to learn from them and to be a role model for them.

The U.S. Department of Agriculture has information on healthy eating for kids.