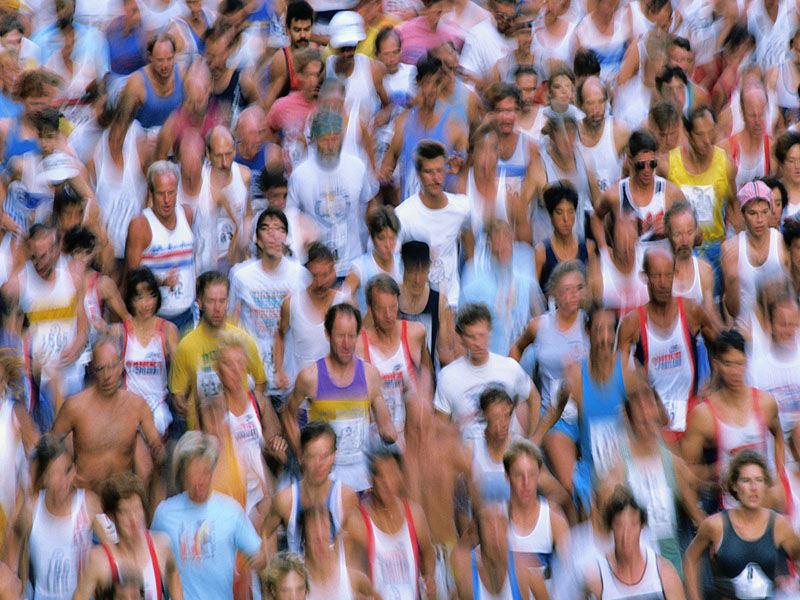 Want to Turn Back the Aging Clock? Train for a Marathon

Your New Year's resolution to run a marathon for the first time could be your ticket to a younger and healthier heart, a new study suggests.

"Training for a marathon -- even as a novice runner -- has significant benefits on the cardiovascular system and is able to 'reverse' the effects of aging that we find in the major blood vessels by four years," said senior researcher Dr. Charlotte Manisty. She is a consultant cardiologist with the Institute of Cardiovascular Science at University College London and Barts Heart Center in London.

Six months of training for the London Marathon made study participants' blood vessels more flexible and healthy, and reduced their blood pressure about as much as medications would, Manisty said.

What's more, the benefits were greater for people who were older or started off less fit, Manisty added.

In essence, regular exercise can be looked at as a fountain of youth, said Barry Franklin, director of cardiac rehabilitation and exercise laboratories at William Beaumont Hospital in Royal Oak, Mich.

"Exercise has anti-aging effects," Franklin said. "This study shows that, without question."

Manisty and Franklin agreed that anyone undertaking an exercise program for an endurance event in other sports -- bicycling, swimming, triathlons -- could expect to see similar heart-health benefits.

For this study, Manisty and her colleagues followed 138 healthy first-time marathon runners from the 2016 and 2017 London Marathons. The runners varied in age from 21 to 69, with an average age of 37, and were split evenly between men and women.

The researchers tested blood pressure and the stiffness of each participant's aorta -- the body's major artery -- before they embarked on six months of training and again after they completed the marathon.

Stiffening arteries are a normal part of aging, but this makes the heart work harder by forcing it to pump blood through narrow vessels less capable of enlarging to allow for better blood flow, the study authors said in background notes.

The participants were handed a beginners' training plan provided by marathon organizers, which consisted of three runs per week that increase in difficulty as the main event comes closer. The runs tended to vary between six to 13 miles a week.

Training decreased systolic and diastolic blood pressure by 4 and 3 points, on average, the findings showed. It also improved the ability of the aorta to swell under pressure by 9%.

This equates to shaving four years off the age of their aortas, the researchers said.

"Importantly, the levels of fitness attained can be easily achieved by almost everyone, and those who were least fit appeared to derive most benefit, suggesting that even modest increases in fitness are likely to have significant beneficial effects," Manisty said.

Setting a goal like running a marathon can help a person stick to a fitness program, she said, and it also encourages them to make other lifestyle improvements, such as eating healthy or getting better sleep.

"However, this goal need not be a marathon," Manisty said. "Goal-directed training at any level that is sustained will have health benefits."

Franklin said this jibes with other studies that have found that regular exercise can lower a person's risk of heart attack by up to 50%, by improving blood pressure, reducing cholesterol levels and stabilizing blood sugar levels.

Despite this, there's an "immense paradox" at the heart of Americans' relationship with exercise, Franklin said.

"There's a growing body of scientific evidence highlighting the benefits of regular exercise, yet we have a physical inactivity pandemic in the United States," Franklin said. "Because of technology, we're literally engineering physical activity out of our lives, and we're paying a terrible price with increased risk of chronic diseases."

One heart expert noted that marathon training could be a springboard into a healthier life.

"Regular exercise is beneficial for prevention of cardiovascular disease. What's crucial is long-term commitment to building exercise into lifestyle," said Dr. Lawrence Krakoff, a cardiologist at the Mount Sinai Hospital in New York City. "If this study encourages that transition, it could have an important positive impact on healthy aging."

According to Harvard Medical School, to play it safe, people embarking on a fitness goal should:

Folks in the middle of an endurance event also should resist the urge to push harder as the finish line draws near, Franklin added.

"People tend to try to sprint at the very end over the last quarter mile to improve their time," Franklin said. But at that point, they probably are dehydrated with a high body temperature and elevated blood pressure -- all conditions that could contribute to a potentially dangerous irregular heart rate.

The new study appears in the Jan. 7 issue of the Journal of the American College of Cardiology.