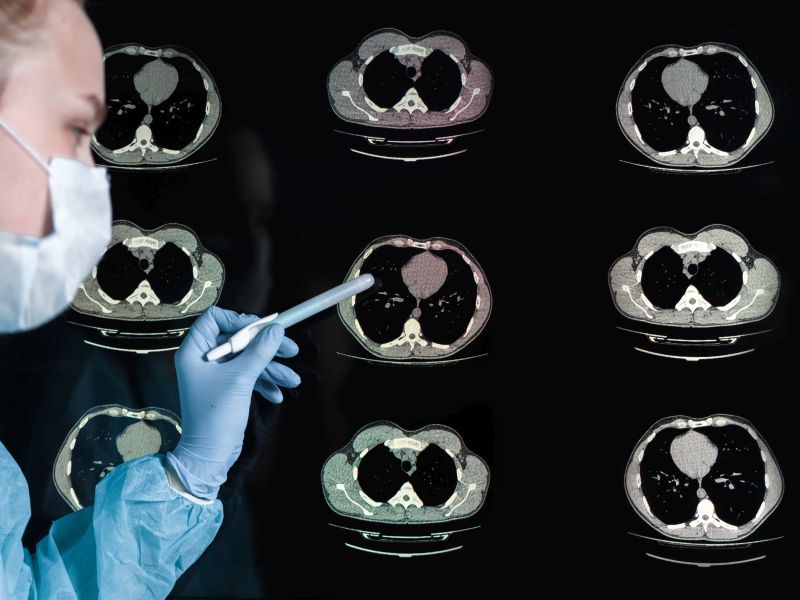 More than 10,000 American lives have been saved since lung cancer screening was introduced for high-risk people who are over 55 and have a history of smoking, a new study shows.

But many poor people and those in ethnic/racial minority groups are still missing out on the benefits of screening for the world's leading cause of cancer death, researchers noted.

To assess the impacts of the 2013 introduction of low-dose CT scans for high-risk people in the United States, the researchers analyzed data from two large cancer registries.

Those increases in the early detection saved 10,100 U.S. lives, according to the authors of the study, published March 30 in the BMJ.

By 2018, stage 1 NSCLC was the predominant diagnosis among white Americans and those in areas with the highest incomes or highest levels of education. However, non-white people and those in poorer or less educated regions of the country remained more likely to have stage 4 disease at diagnosis.

The study authors also determined that other factors -- including increased use of non-screening diagnostic imaging, increases in over-diagnosis of lung cancer, and improvements in the accuracy of identifying cancer stage -- did not play a role in the rise of early lung cancer diagnoses during the study period.

While adoption of lung cancer screening has been slow and screening rates have remained extremely low nationally, the findings "indicate the beneficial effect that even a small amount of screening can have on lung cancer stage shifts and survival at the population level," Alexandra Potter, executive director of the American Lung Cancer Screening Initiative, and fellow study authors wrote.

They said the newest U.S. Preventive Services Task Force lung cancer screening guidelines, which lower the high-risk screening age to 50, expand screening eligibility for an additional 6.5 million Americans, with the greatest increases in eligibility occurring among women and racial minorities. The new guidelines present an opportunity to "reduce disparities in the early detection of lung cancer," the authors noted in a journal news release.

The study shows the real-world benefits of lung cancer screening in high-risk people, according to an accompanying editorial by Dr. Anne Melzer, an assistant professor of medicine in the Division of Pulmonary, Allergy Critical Care and Sleep at the University of Minnesota Medical School, and Dr. Matthew Triplette, an assistant professor at the University of Washington School of Medicine.

But they added that efforts to increase screening "should be prioritized to ensure equitable access to screening and prevent widening disparities in the stage of lung cancer diagnosed and the survival among different patient populations with lung cancer."