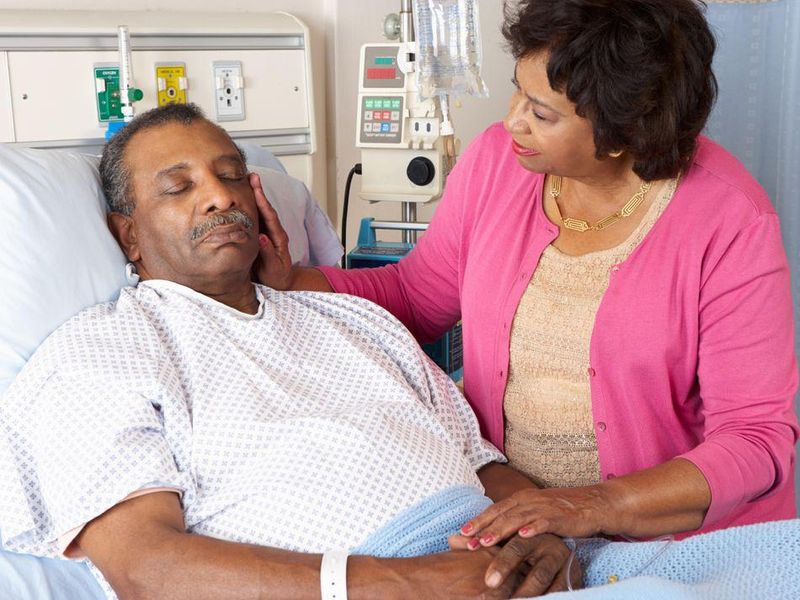 Black, Hispanic and Asian men in the United States are less likely than white men to receive a follow-up MRI after a screening suggests prostate cancer, a new study finds.

"We can't say definitively if the reason Black, Hispanic, and Asian men did not receive this particular test is that physicians did not refer them for it, or if the patients opted themselves out of further testing," said study author Danny Hughes, a professor in the Georgia Tech College of Liberal Arts School of Economics, in Atlanta.

"Regardless, these disparities do highlight the need to understand what is happening and how to ensure patients of all races and ethnicities receive the best possible care," Hughes said in a university news release.

A prostate-specific antigen (PSA) test is a common form of screening for prostate cancer in men aged 55 to 69. Biopsies have been the usual next step for some men with elevated PSA levels that suggest prostate cancer, but non-invasive MRIs are increasingly being used instead.

To assess racial differences in the use of MRI follow-up tests, the researchers analyzed nearly 795,000 insurance claims from 50 states for PSA tests that included laboratory results. They then looked at how many of the men received a follow-up MRI based on varying PSA levels.

A PSA result of 4 ng/mL has long been considered the threshold for recommending prostate biopsy; 2.5 ng/mL is a more recently recognized level for early detection of prostate cancer; and 10 ng/mL is associated with higher rates of biopsies and cancer diagnoses.

Compared to white patients, Asian men aged 55 to 64 with a PSA above 2.5 ng/mL were 57% less likely to receive a prostate MRI, and Asians with scores above 4 ng/mL were 63% less likely.

Similarly, Hispanic men aged 55 to 64 with a PSA above 10 ng/mL were 68% less likely to get the MRI follow-up compared to white men, according to the study.

The results were published online Nov. 8 in JAMA Network Open.

The study authors said their results are especially concerning due to the increased risk of prostate cancer in Black men. Previous research has shown that Black people are more likely to get the disease, often get it earlier in life, and are more likely to die from it.

"We need to understand more about the role of decision-making biases in physicians, as well as other potential factors in the health care system that could account for the disparities we are seeing in this study," Hughes said.

The American College of Radiology and the Radiological Society of North America have more on prostate MRI.