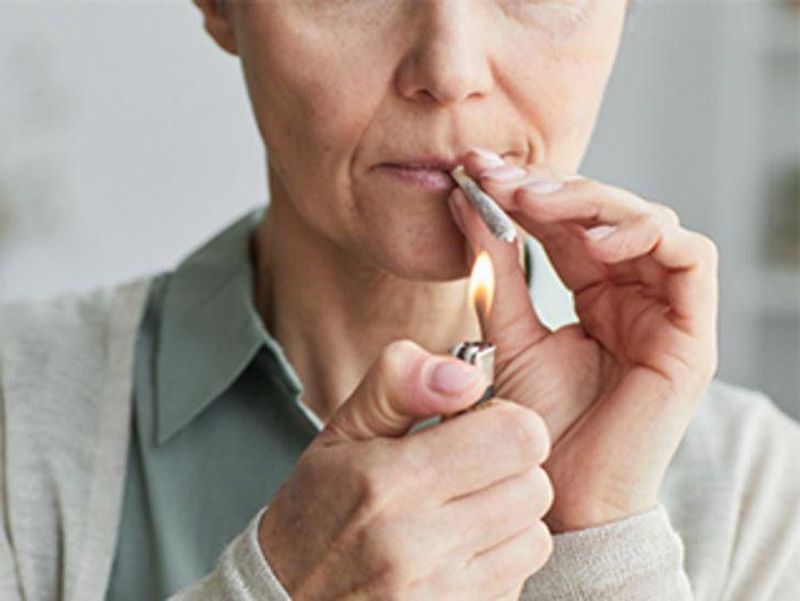 Researchers may be one step closer to developing the equivalent of a Breathalyzer for detecting marijuana use.

In an early study, scientists found that their rapid test was able to reliably detect THC in people's saliva in under 5 minutes. THC, short for tetrahydrocannabinol, is the active ingredient in marijuana.

Right now, the "gold standard" for detecting marijuana use is to measure THC in the blood or urine. But those tests can take days to process. The other drawback is that unlike alcohol, THC can linger in the bloodstream for days or even weeks -- so a "positive" blood test does not necessarily reflect recent use.

Those facts have made it hard to develop a roadside test for marijuana use, akin to the Breathalyzer used to measure drivers' alcohol levels.

THC in saliva, however, reflects marijuana use within the past 12 hours, said Hakho Lee, the senior researcher on the new study.

There are some existing saliva tests for THC, but they are hampered by issues like slow processing time or giving "binary" results -- similar to a yes/no on a pregnancy test.

Lee said his team was able to develop a test that not only quickly detects THC in saliva, but quantifies the amount.

In initial testing with 43 marijuana users and 43 non-users, it accurately picked up THC in saliva samples from all users of the drug.

It took about 3 minutes from "sample in, result out," according to Lee, who is based at Massachusetts General Hospital's Center for Systems Biology in Boston.

The researchers also used the test to monitor how marijuana users' THC levels changed over time. Overall, THC in saliva declined fairly quickly after people smoked the drug -- though 6 hours later those levels remained above 1 ng/ml. That's the cutoff recommended by the European Driving Under the Influence of Drugs, Alcohol and Medicines project.

A broader issue is that unlike the case with alcohol, there is no one THC level that defines "intoxication." That's complicated, Lee explained, because the level of impairment associated with a given THC concentration varies -- based on, for example, how the marijuana is ingested and whether the person is a regular user.

Still, with further refinement, Lee said his team's rapid test could prove useful for roadside testing of drivers suspected of being impaired. And there are even potential applications for the public, he noted. One is to check breast milk, so that babies are not inadvertently exposed to THC.

Li, who was not involved in the research, studies the role of drugs in traffic accidents and other injuries.

"The evidence is overwhelming and consistent in showing a relationship between [marijuana] use and an increased risk of being involved in a fatal crash," Li said.

The risk associated with marijuana use alone is not as great as that of drunk driving, Li noted. But on average, he said, drivers who've used marijuana have about double the risk of being involved in a fatal crash as non-users do.

Plus, Li pointed out, there's the rising prevalence of marijuana use. In the past couple decades, he said, there has been a marked increase in the proportion of fatally injured drivers who are found to have THC in their systems.

The latest findings, Li said, offer a "proof of concept" that a rapid roadside test for THC is possible. But, "much more work is needed before it can be used in the field," he added.

The findings were published Oct. 20 in the journal Science Translational Medicine. Lee and several co-researchers are listed as inventors on a patent application that covers the test.

The U.S. National Institute on Drug Abuse has more on drugged driving.