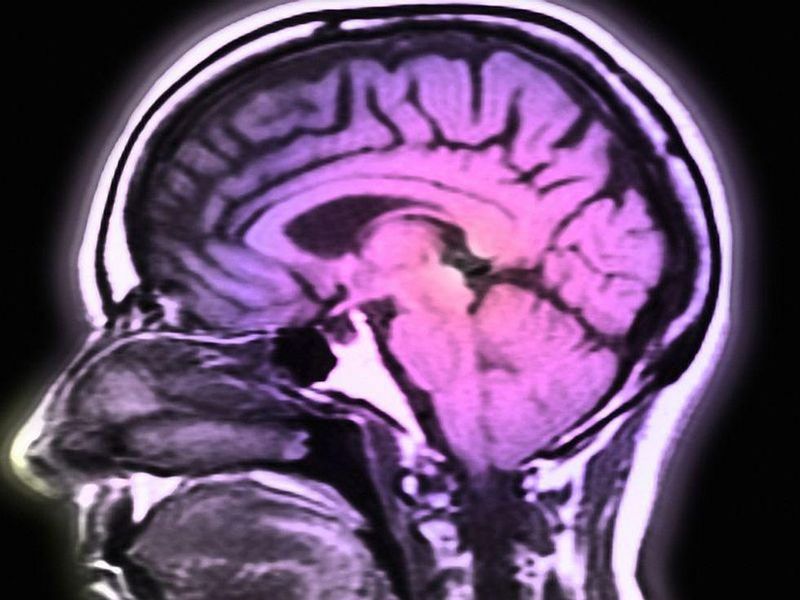 Stroke Prevented His Speech, But Brain Implant Brought It Back

Researchers have developed an implant that allowed a man with severe paralysis to "speak" again by translating his brain signals into text.

The achievement is the latest step in "brain-computer interface" (BCI) research.

It essentially works like this: Electrodes are implanted on specific areas of the brain's surface, where they tap into electrical activity in cells. When a person imagines executing a movement, for instance, the relevant brain cells start firing. Those signals are then transmitted by wires to a computer, where they are "decoded" by sophisticated algorithms and translated into action.

So far, researchers have used BCI to enable a small number of patients to mentally control robotic limbs or move computer cursors to "type" text on a screen. In a study published in May, BCI successfully translated a patient's mental "handwriting" into on-screen text.

This latest report represents an advance, the researchers said: It brings the field a step closer to decoding patients' intended speech.

"When we think of communication, we think of speaking," said David Moses, a postdoctoral engineer at the University of California, San Francisco (UCSF), who worked on the study.

He praised the work that's been done using BCI to decode intended hand movements. At the same time, Moses said, speech is the most "natural and fluid" form of communication.

If BCI one day restores that ability to people who've lost it, that would be the "pinnacle" of what the technology can achieve, Moses said.

That's the hope for the future. For now, Moses stressed that the success in this patient is a "proof-of-concept" that attempted speech can be decoded. Much work remains before BCI technology can be moved out of the research lab and into the lives of people with disabilities.

A report on the man's case was published July 15 in the New England Journal of Medicine.

"The need for these technologies is great," said Dr. Leigh Hochberg, of Brown University, in Providence, R.I., and Massachusetts General Hospital, in Boston.

Hochberg, who wrote an editorial published with the study, is part of a research collaboration known as BrainGate that is developing BCI technology.

He called this latest advance a "feat of neuro-engineering," and a "good first step" in moving toward speech-decoding BCI.

The patient in this case was just 20 when a stroke in his brainstem rendered him paralyzed and unable to speak -- though he could still vocalize grunts and moans. At the age of 36, he became the first participant in the UCSF study, which is called BRAVO (Brain-Computer Interface Restoration of Arm and Voice).

The patient has asked to remain anonymous, known only as BRAVO1, Moses said.

First, BRAVO1 underwent surgery to implant an "array" containing 128 tiny electrodes onto the surface of his speech motor cortex -- the part of the brain that's active when we speak. After recovering, BRAVO1 attended 48 sessions, over several months, where the electrodes recorded his brain activity as he attempted to say each of 50 vocabulary words -- over and over.

With time, computer algorithms learned to discern subtle patterns in BRAVO1's brain activity and identify the specific words he was trying to say.

"This is not mind-reading. The person has to be attempting to speak," Moses emphasized. The BCI system decodes the brain's signals to the vocal tract muscles that allow for speech.

In the end, the system was able to decode words at rate of up to 18 words per minute, with up to 93% accuracy, the researchers said.

Among the next steps, Moses said, is to keep refining the technology, to improve its speed and accuracy.

A potential way to do that, Hochberg said, is to implant more, and tinier, electrodes -- aiming to gather more distinct information about a person's intended words.

The technology also needs to be validated in patients who are unable to speak due to other causes, Moses said. Could it, for example, help those with "locked-in syndrome"? That's a severe form of paralysis where people cannot even produce sound.

For now, BCI is confined to the lab: It requires cables, equipment and expertise that are not realistic for home use.

To eventually move the technology into the everyday lives of people with disabilities, Hochberg said the systems will need to be fully implanted and wireless.

While BRAVO1 does not want to be identified, his efforts should be recognized, both researchers said.

And, Hochberg added, "The people involved in this research deserve tremendous credit. They're not doing this for themselves."