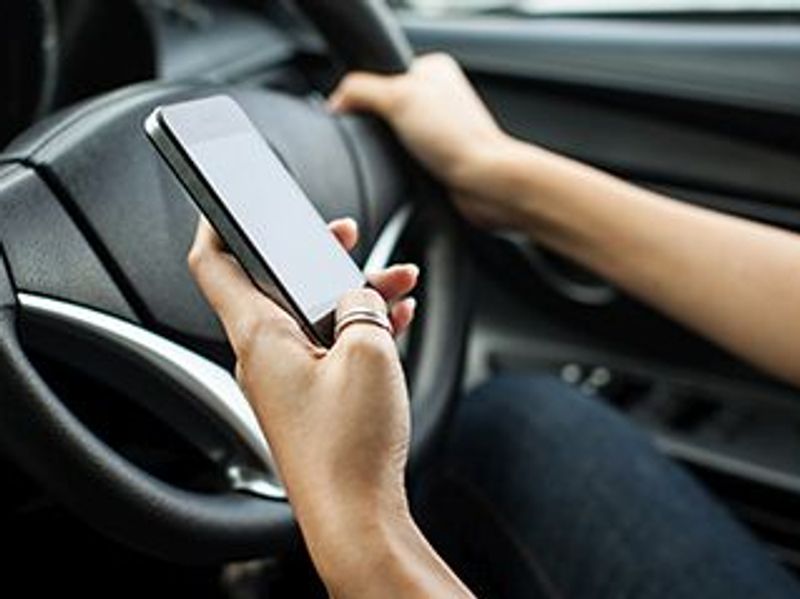 For Some Young Drivers, Smartphone Use Is One of Many Bad Habits

Young drivers who cruise down the highway with a cellphone in hand probably exhibit other risky behind-the-wheel behaviors, a new study suggests.

Talking or texting on a smartphone while driving correlates with a whole range of dangerous driving practices for many young, novice drivers -- from intoxicated driving to speeding, unsafely passing other vehicles or running red lights, said researchers from Lero, the Science Foundation Ireland Research Centre for Software.

They surveyed 700 young drivers in Germany about smartphone use and driving behavior. Their average age was 21. Germans can drive a car alone at 18.

"In Germany, young people are twice as likely to be involved in and cause vehicle accidents compared to their older and more experienced counterparts," noted study author Tim Jannusch, a researcher at the Institute for Insurance Studies of TH Köln in Germany and a PhD student at the University of Limerick in Ireland.

"What the research tells us is that a major issue here is driver distraction. And this issue became much more important since a smartphone became a focal part of young people's everyday life," he added.

Though the study focused on young drivers in Germany, it may point to potentially risky behavior in other countries, including the United States.

The World Health Organization calls car crashes the leading cause of death for people age 15 to 29. Smartphone use is a significant contributing factor, according to the study.

Study data showed a moderately strong correlation between driving about 12 miles per hour over the speed limit in urban areas and talking on a cellphone. Also, a sizable number of young drivers hid their phones while driving, deliberately disobeying the law, the European researchers said.

These attitudes can have fatal consequences for the drivers themselves and others on the road, they noted.

A high percentage of young drivers used their phone to play music in the car, Jannusch said. He said the fact that drivers are allowed to change the car stereo while driving implies that changing or searching for music is safe. It's not, he added.

"Those behaviors, especially the use of smartphones to manage the music, may be much more distracting than just a phone call while driving because the issue now is you need to focus your eyes on the phone, your hands away from the steering wheel on your phone, and also your cognitive distraction on your phone," Jannusch said.

He noted that countermeasures are needed.

Jannusch would like to see big tech companies use sensors to block specific applications for young drivers when their vehicles are in motion. Insurance companies can financially nudge high-risk young drivers to adapt their behavior, researchers said. Car manufacturers bear a responsibility, too, he said -- building entertainment systems into vehicles sends the wrong message.

It's important to have public education and behavior modeling that helps make talking and texting while driving as socially unacceptable as drinking and driving, said David Reich, public relations director for the National Road Safety Foundation in New York City.

Making that happen comes down to tough laws on cellphone use while driving, enforcement and public education, said Reich.

"It's things like changing the station or changing music on the radio or the iPod. It's eating and drinking while you're in the car," he said. "And I think the biggest distraction is talking to other people in the car, and this is especially true for young people, for teen drivers, for new drivers."

This is why many states have graduated driver licensing laws that restrict teens from driving with other teens for a period of time, Reich said.

Parents' actions are important, too, for modeling safe driving to their kids.

"That's one way that parents and adults can help create a new generation of safer drivers by being good and safe drivers themselves," Reich added.

The study results were published recently in the journal Transportation Research Part F.