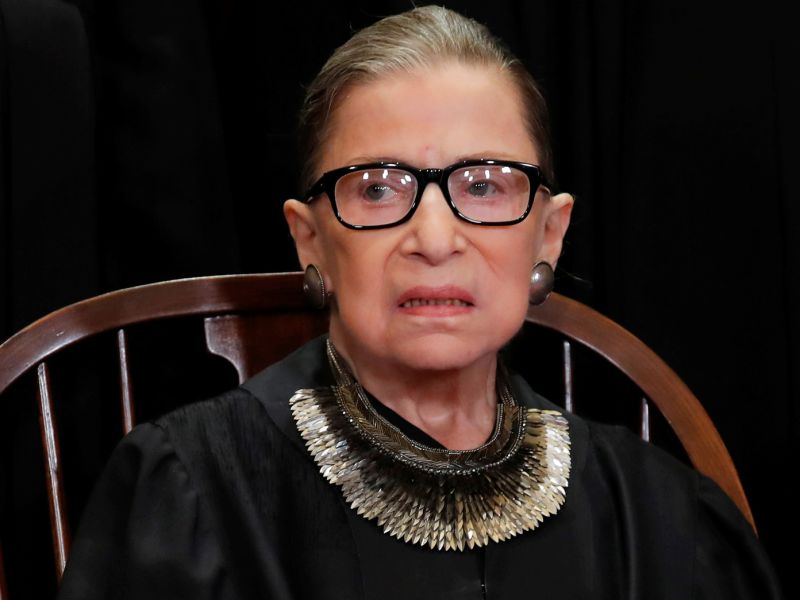 The cancer has arisen once more, this time in her liver, according to a report from the court. Cutting-edge immunotherapy had been tried to shrink the tumor, but it wasn't effective. Standard chemotherapy does appear to be working, however.

Immunotherapy "proved unsuccessful," Ginsburg said in the court statement. "The chemotherapy course, however, is yielding positive results. Satisfied that my treatment course is now clear, I am providing this information."

Ginsburg, 87, also said that she feels "fully able" to continue in her post on the court.

"I have often said I would remain a member of the court as long as I can do the job full steam. I remain fully able to do that," she said.

As to her health, Ginsburg elaborated that, "My most recent scan on July 7 indicated significant reduction of the liver lesions and no new disease. I am tolerating chemotherapy well and am encouraged by the success of my current treatment. I will continue bi-weekly chemotherapy to keep my cancer at bay, and am able to maintain an active daily routine. Throughout, I have kept up with opinion writing and all other court work."

Ginsburg had two cancerous nodules removed from her left lung in late 2018, and was first treated for pancreatic cancer in August 2019. She had colon cancer in 1999.

She underwent a separate treatment earlier this week at Johns Hopkins Hospital in Baltimore after a bout of fever with chills and having an "endoscopic procedure to clean out a bile duct stent that was placed last August," according to the court.

Ginsburg said that those treatments were unrelated to the recurrence of her cancer.

It's been a tough few years for Ginsburg, health-wise. On May 6, she returned after nonsurgical treatment in hospital for an infection caused by a gallstone. Tests at a hospital in Washington, D.C., had "confirmed that she was suffering from a gallstone that had migrated to her cystic duct, blocking it and causing an infection," according to the court.

According to CNN, at the time, Ginsburg participated in oral arguments from her hospital bed on a case concerning Obamacare that had been brought before the court.

Besides her battles with cancer, Ginsburg also fractured three ribs in a fall in November 2018, CNN reported.

The American Cancer Society has more on pancreatic cancer and colon cancer.