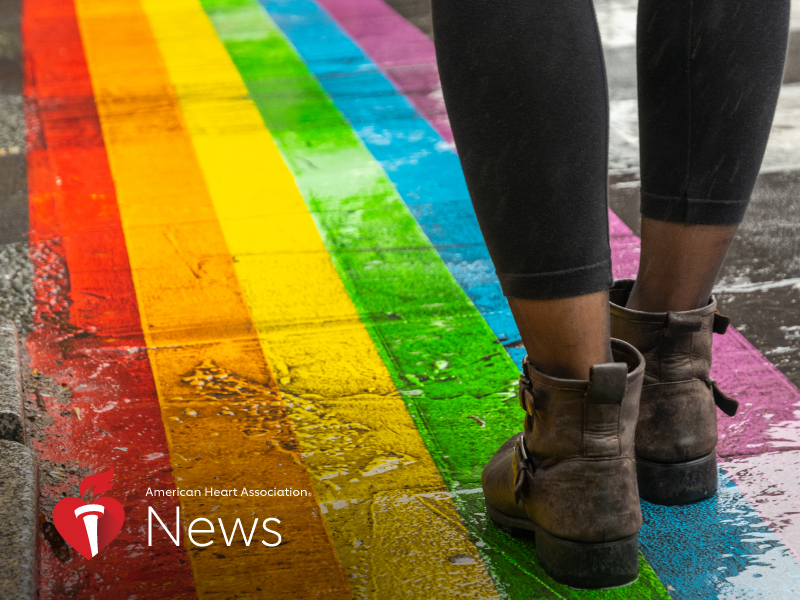 Isolation, and the way it cuts off youth from life-affirming social connections, could have serious implications, warned a report from the Trevor Project, a suicide prevention and crisis intervention organization for LGBTQ youth.

LGBTQ youth already were at much higher risk of seriously considering or attempting suicide compared with heterosexual youth. And although physical distancing helps fight the spread of the coronavirus, it separates youth from peers, supportive teachers and other allies, said Amy Green, the Trevor Project's director of research.

Many LGBTQ teens may find themselves trapped in homes that are not supportive of or even hostile to them. "It's really a minority of LGBTQ youth who, when they're in their home environment, are in a place that supports them in their authentic self," Green said.

Yet young people shouldn't be seen as helpless, said Megan A. Mooney, a licensed psychologist in Houston who has spoken nationally about preventing and treating trauma in LGBTQ youth.

"I think that that's an important message to share – that our LGBTQ youth are incredibly resilient," said Mooney, president of the Texas Psychological Association. "They're strong, and they are dedicated to making things better for themselves and others in the future."

But as the coronavirus temporarily severs their ties to peers and groups that affirm their identities, it "is really causing increased difficulties for people," Mooney said.

Adolescence and young adulthood are critical times for identifying yourself as independent from your family of origin and developing your sense of who you are, she said.

A lot of LGBTQ youth come out to their friends before they tell their families, Mooney said. "So not having their social outlets through school – and hanging out with friends, and clubs, and sports and those sorts of things – takes away a lot of their ability to live freely as themselves."

Not every high school is a safe place. But if a student can find supportive people, "and their teachers and their peers accept them and affirm them for who they are, it can be a sanctuary outside of the home and it can really help them to grow and to blossom," Mooney said.

But if they're trapped with family members who don't know who they really are, it inflicts a heavy burden as they carry the weight of their secret around, she said.

The stress of discrimination puts LGBTQ youth at risk not only for depression and anxiety but also for engaging in substance abuse and smoking, Green said.

Then there's the threat from COVID-19 itself, which requires help from a health care system that often discriminates against LGBTQ people, Mooney said. It's a particular problem for transgender people. "If they end up being exposed to COVID, then their contact with medical professionals is potentially another source of discrimination, harassment and negative psychological impacts for them."

There are other broad risks. According to the Human Rights Campaign Foundation, LGBTQ people are most likely to work in restaurants and food services, which meant lost shifts or lost jobs during the lockdown. The second most common job is working in hospitals, increasing their risk of COVID-19 exposure. The virus attacks the lungs, and LGBTQ people are more likely to be smokers and have asthma.

But Mooney said it's crucial for people going through trauma to maintain a sense of hope. And there are reasons to be hopeful, she said.

Young LGBTQ people need to hear that help is out there, she said. "There are allies out there. There are others like you. And that is important to know. This isn't going to last forever. We are all going to be able to see each other again."

She encourages young people to stay connected with peers, even if they can't meet in person. She noted that professional telehealth is more readily available. "So if people are having significant psychological issues, it's much easier to actually get that therapeutic help right now."

Green suggested that someone seeking empathetic professional care should start with a local LGBTQ center for recommendations. She also noted how the pandemic has brought down longstanding barriers to telehealth and was excited about the potential this has to help people in rural communities, where it can be hard to find LGBTQ-friendly counseling.

She also is pleased with the way many groups have responded since the Trevor Project report was issued in April. She's had regular calls with agencies and schools about finding ways to help LGBTQ youth, whether it's providing counseling or keeping a school's gender and sexualities alliance club going in a new format. Worries about the threat from the coronavirus were wide-ranging at first, she said, but "the conversation has really turned into mental health and self-care."

Mooney said anyone who wants to support a young LGBTQ student, friend or family member needs to do their part as well. "We really have to pay considerable attention, as people who love and care about them in the community," to listen for cries for help.

"You know, you don't have to have answers necessarily," she said. "But just letting the people that you know and care about know that you're there for them, whenever they need you, I think is the No. 1 thing that we can do."