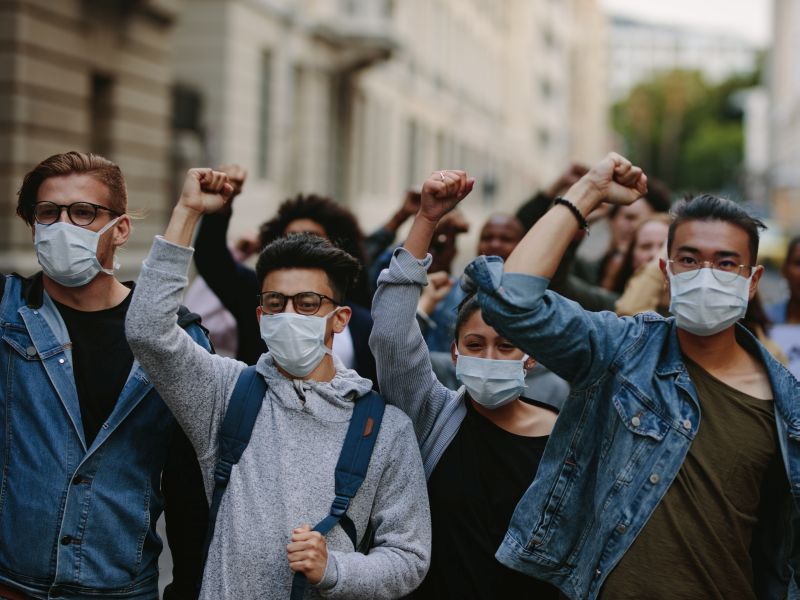 As Americans take to the streets to protest police brutality, they may face ear-blasting "sound cannons" that can harm their hearing.

Sound cannons, or long-range acoustic devices (LRADs), were developed for the military, and now some police departments use them as weapons in crowd control. The sound they emit is greater than that of a jet engine and surpasses the average threshold for pain, warns the American Speech-Language-Hearing Association (ASHA).

"LRADs have been and can be easily set at extremely high decibel levels that can cause serious lasting harm," ASHA said in a news release.

That level of sound can cause permanent hearing loss, migraine and vestibular and other auditory symptoms. Children, the elderly and others with hearing problems can be at increased risk, the association warned.

ASHA is urging safer use of sound cannons by police and law enforcement. The association noted that some cities are curbing their use; one decided to stop using them while another city developed a policy for safer practices after it was sued because someone had permanent hearing loss from police LRAD use.

Proponents say these devices are needed for making public addresses to large or noisy crowds. But the level of speech broadcasted through LRADs is unsafe, according to ASHA.

The hearing organization urges people going to public gatherings to take earplugs or ear muffs with the greatest noise reduction rating they can find.

Also, when extremely high-decibel LRADs are used, you should:

The U.S. National Institutes of Health has tips on protecting your hearing.