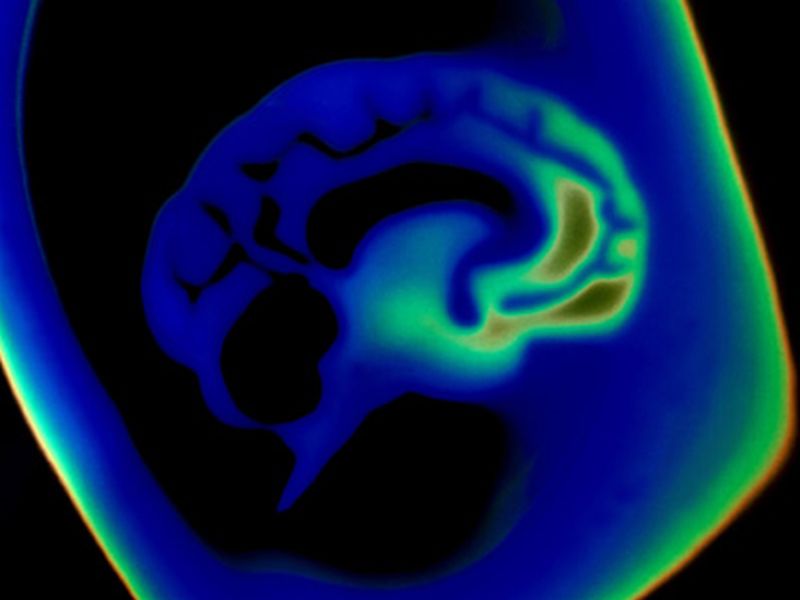 People who've recently had a heart attack show increased activity in the area of the brain involved in stress and emotions. And this is associated with elevated inflammation in arteries, a small, preliminary study finds.

"The results of this study advance our understanding of the interconnections among the brain, bone marrow and blood vessels," said study lead author Dr. Dong Oh Kang, clinical instructor in the cardiovascular center of Korea University Guro Hospital in Seoul.

The study included 45 people, average age 60, who had a heart attack within the previous 45 days. They were compared with a "control" group of 17 people of similar age with no history of heart attack. Both groups completed questionnaires about depression and stress. They also underwent PET and CT scans to create 3-D images of the brain, major arteries and bone marrow.

Compared to the control group, those who had a recent heart attack had significantly higher activity in the amygdala, the brain region responsible for stress perception and emotional response. They also had increased inflammation in the aorta and carotid (neck) artery -- which supplies blood to the brain -- and increased bone marrow activity, indicating active production of inflammatory cells. That suggests plaque buildup that can lead to a heart attack, the researchers explained.

In both groups, people with higher depression and stress levels showed higher activity in the amygdala, the investigators found.

However, after six months, amygdala and artery inflammation had returned to near normal in the 10 heart attack patients who had follow-up scans, according to the study.

The findings are scheduled for presentation at an American Heart Association (AHA) meeting being held virtually May 5 through 7.

"Amygdala activity has previously been reported to be stable over time. However, the changes seen in our study suggest the possibility that stress-reduction techniques may lower brain emotional activity and potentially reduce inflammation in arteries and the production of inflammatory cells," Kang said in an AHA news release. Potentially, this might modify the course of heart disease, the researcher noted.

"This could become an additional strategy to prevent a second heart attack," Kang said.

Data and conclusions presented at meetings are usually considered preliminary until published in a peer-reviewed medical journal.

The U.S. National Heart, Lung, and Blood Institute has more on heart attack.