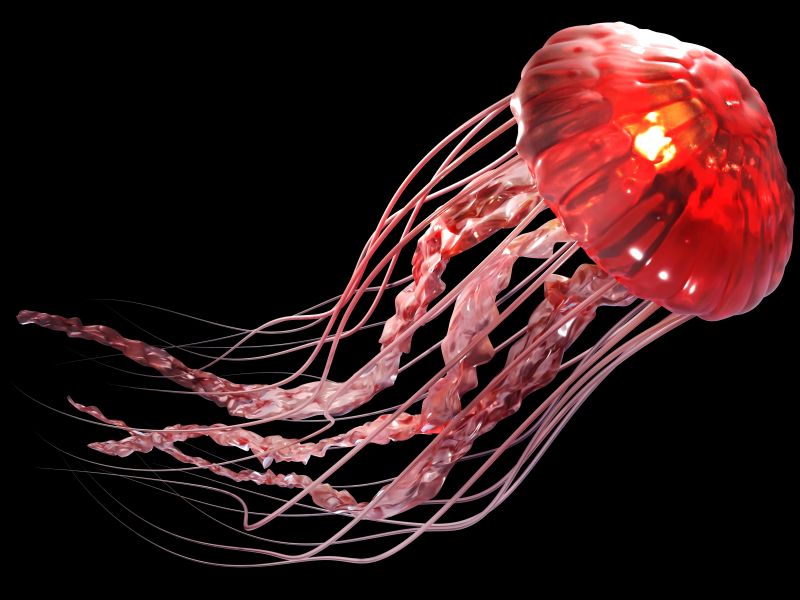 The mystery of "stinging water" has been solved, scientists say.

Stinging water is the seawater near and around upside-down jellyfish (Cassiopea) -- and swimmers can get stinging, itchy skin while submerged in it, even if they have no direct contact with the creatures themselves.

But it wasn't clear in the past if the jellyfish were to blame for this discomfort, since several other possible causes had been suggested, including severed jellyfish tentacles, "sea lice," anemones and other stinging marine animals.

In this new study, researchers concluded that stinging water is caused by toxin-filled mucus that the jellyfish release into the water. The mucus contains gyrating balls of stinging cells called cassiosomes.

"This discovery was both a surprise and a long-awaited resolution to the mystery of stinging water," said study author Cheryl Ames, a research associate at the Smithsonian's National Museum of Natural History in Washington, D.C., and an associate professor at Tohoku University in Japan.

"We can now let swimmers know that stinging water is caused by upside-down jellyfish, despite their general reputation as a mild stinger," Ames said in a Smithsonian news release.

The study -- by scientists at the Smithsonian, the University of Kansas and the U.S. Naval Research Laboratory -- was published Feb. 13 in the journal Nature Communications Biology.

Scientists suspect the toxin-filled mucus may be an important part of the upside-down jellyfish's feeding strategy. Photosynthetic algae that live inside jellyfish provide most of their nutritional needs, but they likely need to supplement their diet when photosynthesis slows, they said.

The toxic mucus appears to incapacitate nearby creatures to provide a readily available source of food for the jellyfish, which is commonly found in calm waters such as lagoons and mangrove forests.

Study co-author Allen Collins is a zoologist at the U.S. National Oceanic and Atmospheric Administration (NOAA). He said the discovery was exciting because Cassiopea jellyfish have been recognized for more than 200 years, but cassiosomes were still unknown.

"They're not the most venomous critters, but there is a human health impact," Collins said in the release. "We knew that the water gets stingy, but no one had spent the time to figure out exactly how it happens."

The team has already identified cassiosomes in four other closely related jellyfish species and plans to find out if other species also have them.

The Smithsonian has more on jellyfish.