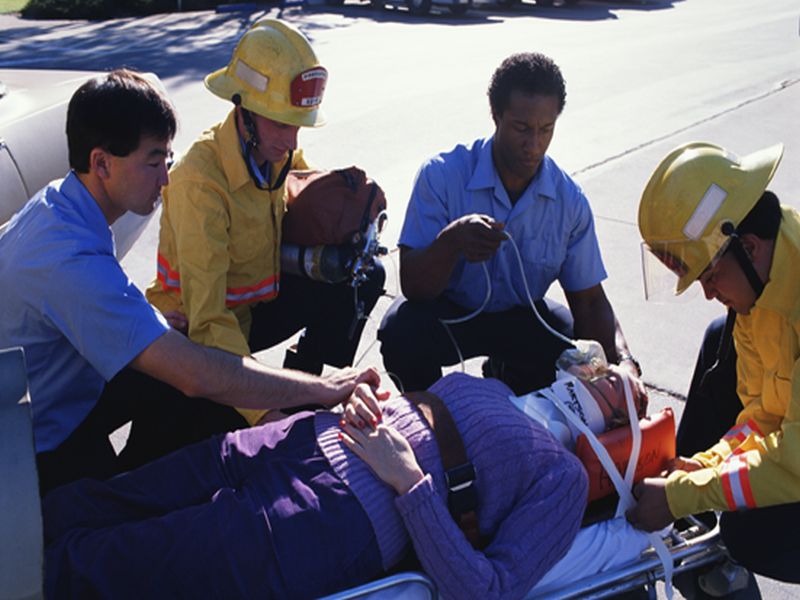 Many brain injury deaths could be prevented by using an inexpensive drug in the critical hours following a head trauma, a new international study finds.

"Traumatic brain injury can happen to anyone at any time, whether it's through an incident like a car crash or simply falling down the stairs," said study co-leader Ian Roberts, a professor of clinical trials at the London School of Hygiene & Tropical Medicine.

"We believe that if our findings are widely implemented, they will boost the chances of people surviving head injuries in both high-income and low-income countries around the world," Roberts added.

For the study, researchers assessed the use of tranexamic acid (TXA), which prevents bleeding into the brain by inhibiting blood clot breakdown, in traumatic brain injury patients.

The 12,000 patients at 175 hospitals in 29 countries received either intravenous TXA or an inactive placebo.

In addition, there was no evidence of harmful side effects and no increase in disability in survivors who received TXA, according to the study.

"We already know that rapid administration of tranexamic acid can save lives in patients with life-threatening bleeding in the chest or abdomen, such as we often see in victims of traffic crashes, shootings or stabbings," Roberts said in a university news release.

"This hugely exciting new result shows that early treatment with TXA also cuts deaths from head injury," he added. "It's an important breakthrough and the first neuroprotective drug for patients with head injury."

The findings were published Oct. 15 in The Lancet.

Traumatic brain injury is a leading cause of death and disability worldwide, with an estimated 69 million new cases each year, the study authors noted.

While TXA can prevent brain bleeding from getting worse, it can't repair damage already done, so early treatment is critical. There was a 10% reduction in effectiveness for every 20-minute delay, the researchers found.

Study co-author Antoni Belli said, "This is a landmark study. After decades of research and many unsuccessful attempts, this is the first ever clinical trial to show that a drug can reduce mortality after traumatic brain injury." Belli is a professor of trauma neurosurgery at the University of Birmingham, in the United Kingdom.

"Not only do we think this could save hundreds of thousands of lives worldwide, but it will no doubt renew the enthusiasm for drug discovery research for this devastating condition," Belli said.