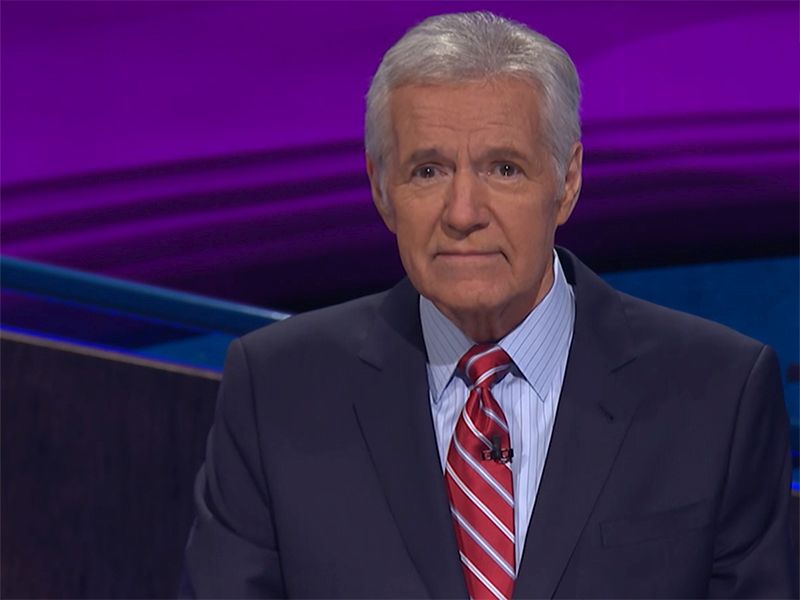 Alex Trebek Says His Pancreatic Cancer Is 'Near Remission'

Long-time "Jeopardy!" Host Alex Trebek may be winning his battle against pancreatic cancer, he and his doctors report.

Trebek, 78, is responding incredibly well to treatments and is in "near remission," his doctors said Wednesday.

"It's kind of mind-boggling," Trek told People as part of its new cover story. Even though the overall survival rate for pancreatic cancer is just 9 percent, Trebek appears to be responding well to chemotherapy.

"The doctors said they hadn't seen this kind of positive result in their memory -- some of the tumors have already shrunk by more than 50 percent," he told the magazine.

None of this means the beloved game show host is certain to beat the disease, and he will need several more rounds of chemotherapy before true remission might be achieved.

Still, Trebek remains upbeat, saying he wept at hearing how well he was doing.

"They were tears of joy, not tears of depression," Trebek told People.

He credits the warmth and support of fans with his inroads against the cancer.

"I've got a couple million people out there who have expressed their good thoughts, their positive energy directed towards me and their prayers," he says. "I told the doctors, this has to be more than just the chemo, and they agreed it could very well be an important part of this."

Trebek first announced his diagnosis in early March on the "Jeopardy!" YouTube channel. At the time, he said that he had stage 4 pancreatic cancer, but intended to "fight" the disease.

"Now normally, the prognosis for this is not very encouraging, but I'm going to fight this, and I'm going to keep working," he said at the time. "And with the love and support of my family and friends and with the help of your prayers also, I plan to beat the low survival rate statistics for this disease."

With characteristic charm, Trebek joked that his survival was crucial, "because under the terms of my contract, I have to host Jeopardy! for three more years! So help me. Keep the faith and we'll win. We'll get it done."

Accolades of support poured in for Trebek, who has hosted the hugely popular "Jeopardy!" since it went into syndication in 1984.

Mike Hopkins, chair of Sony Pictures Television, which distributes the game show, said in a statement that "if anyone can beat this it's Alex. He has our full support as he tackles this challenge head-on."

On Twitter, fellow game show veteran Pat Sajak, host of "Wheel of Fortune," said of Trebek that, "there is no one I know who is stronger and more determined, and I would never bet against him. We, and the entire country, are pulling for you, Alex."

As well, pancreatic tumors are particularly aggressive "due to a mutational profile that makes it resistant to therapies that work better for other tumor types," explained Dr. Angela Alistar. She directs gastrointestinal medical oncology at Morristown Medical Center in Morristown, N.J.

Still, Trebek and his fans are right to have hope, she added.

Find out more about pancreatic cancer at the Pancreatic Cancer Action Network.