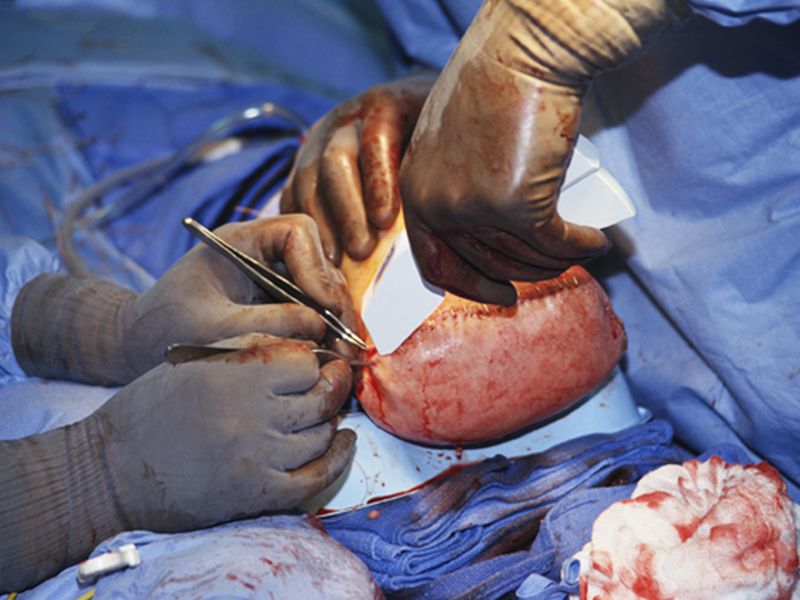 Patients in dire need of an organ transplant can safely receive a new heart or lung from donors who have hepatitis C, a new clinical trial has shown.

None of the first 35 transplant patients enrolled in the trial program have any detectable levels of hepatitis C virus in their bloodstream after at least six months, Woolley said. Additionally, she said all of their new organs are in fine working order.

The breakthrough strategy could increase the number of potential organs available to patients by 20% to 25%, Woolley said.

"We saw in our center alone that of all the transplants we've done in the past two years, over a third of them have been from hepatitis C-positive donors," Woolley said.

Although the number of organ transplants in the United States has increased by 20% over the past five years, it's estimated that about 1,000 people die annually waiting for a new heart or lung, the researchers said in background notes.

Organs typically are washed out as much as possible before transplant, but there's always a microscopic amount of donor blood within them, Woolley said. Within that blood lies the risk of hepatitis C infection.

"The virus doesn't come in the organ itself. It's not in the heart or in the lung. It comes with the blood from the donor within the organ," Woolley explained.

More than 4 out of 5 people who received organs in the past from hepatitis C-positive donors wound up with a chronic infection themselves, researchers said in background notes. This not only threatened the health of their livers, but in some cases damaged their new organ.

The new transplant protocol calls for recipients to receive hepatitis C antivirals starting a few hours after leaving the operating room, Woolley said. Rather than wait for the patient to develop an infection, doctors instead head hep C off at the pass.

"It blocks the viral replication from occurring," Woolley said. "The virus needs time to get to the liver to set up shop and replicate there. By starting treatment right away, all the recipient is exposed to is a very low level of virus from the donor."

Since the recipients are exposed to only a tiny amount of virus, they don't have to undergo a full 12-week regimen of antivirals like people who've had chronic hepatitis C for months or years, Woolley said.

Instead, people who get a hep C-positive organ only have to take a four-week course of antivirals costing about $25,000, Woolley said.

The report, published April 3 online in the New England Journal of Medicine, said that 44 patients were initially enrolled in the study, including eight people who received new hearts and 36 who received new lungs.

But given the study's success, enrollment has continued and a total of 69 people have received hepatitis C-positive organs to date.

About 42 of the initial 44 patients in the program had a detectable hepatitis C viral load immediately following transplant, but the amount of virus declined to the point of being undetectable within about two weeks, the report said.

Woolley believes that this could become a new standard for transplants, particularly if the heavy cost of antiviral drugs continues to decrease the longer they are on the market.

Dr. Emily Blumberg, director of transplant infectious diseases at Penn Medicine, said the new protocol "has the potential to be a big advance, because currently there is a pretty sizeable number of individuals who have hepatitis C who are potential organ donors."

The drug regimen was not associated with any toxic effects, but doctors will have to be careful to track potential drug interactions, Blumberg said. For example, the antivirals can have interactions with statins and with certain heart medications.

"Most of the drug interactions are manageable, and we think the sooner you can start the medication, the better the potential for clearing the infection faster," said Blumberg, who wrote an editorial accompanying the study.

Doctors will need to keep tracking the progress of these patients to show that the safety of the process is long-term, she said.

The next step to making this standard care is to make sure that insurance companies will cover the cost of the antiviral treatment, Blumberg said.

"We need to be able to assure patients they will have real access to the drugs," Blumberg said. "Some companies are committed to providing the treatment, and some are not."

The United Network for Organ Sharing has more about transplant statistics.