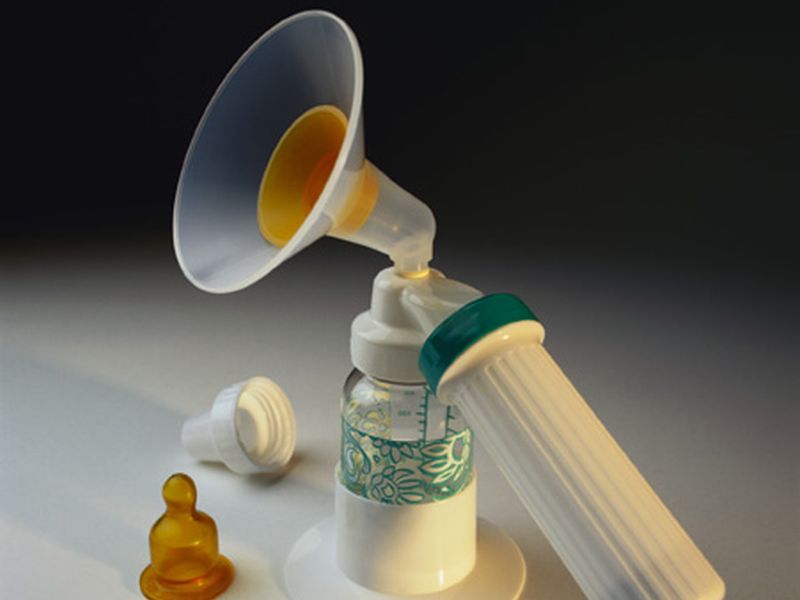 Pumped breast milk might not be quite as good as milk that comes directly from Mom's breast, a new study suggests.

The study is the latest step in a newer area of research: What determines the makeup of bacteria in breast milk, and what are the potential effects on babies' health?

"Until about 10 years ago, it was assumed that breast milk is sterile," explained senior researcher Meghan Azad.

However, the human body is teeming with resident bacteria and other germs. And research is beginning to illuminate how those "bugs" -- particularly ones in the gut -- affect body processes and disease risks.

Some of those studies have focused on breast milk, finding that it actually contains an abundance of bacteria, according to Azad. But that leaves a lot of questions unanswered, including: Where do those bacteria come from? And what factors make breast milk from one woman different from another's?

One theory is that bacteria "migrate" from the mother's intestinal tract to her breast milk, said Azad, an assistant professor of pediatrics and child health at the University of Manitoba in Canada.

But there could be other factors at work, she said. The new findings suggest that the way breast milk is delivered -- directly or by pumping -- is one of those factors.

The researchers analyzed breast milk samples from nearly 400 mothers a few months after they'd given birth. A wide variation in microbial balance was found among the samples, Azad said.

But the one factor that was consistently associated with that microbial composition was the mode of feeding -- whether moms only fed their babies from the breast, or used pumped milk.

Milk from moms who pumped tended to be higher in certain bacterial families that can sometimes cause infections, such as Stenotrophomonas and Pseudomonadaceae.

Beyond that, milk from mothers who fed their babies directly had a greater diversity in good bacteria, which is generally considered better. And that included microbes typically found in the mouth.

That finding suggests that babies' oral bacteria are one source of the microbes found in breast milk, according to Azad.

The big question is, what does it all mean?

It's not yet clear whether the mode of feeding affects the balance of bacteria in babies' guts -- or, ultimately, their health or development, Azad said.

Past research, she noted, has shown that gut microbes are important in infants' immune system development. And "disruptions" in those bacteria early in life have been linked to higher risks of allergies and asthma.

Azad said her team plans to look at whether the bacterial composition of breast milk is also related to the risks of those diseases, as well as babies' growth.

"At the end of the day, that's what parents care about," she said.

The findings were published Feb. 13 in the journal Cell Host & Microbe.

For now, some things are clear: Breast milk -- from the breast or bottle -- is the best source of nutrition for infants, said Dr. Lori Feldman-Winter, chair of American Academy of Pediatrics' section on breastfeeding.

Feeding from the breast is the "ideal," noted Feldman-Winter, who was not involved in the study. "But the next best thing is expressed [pumped] breast milk," she said.

"We recommend exclusive breastfeeding for the first six months of life -- however mothers can manage that," Feldman-Winter said.

And, she added, if moms are able to directly breastfeed for even the first few weeks, that's better than never doing it.

That's a critical point in the United States -- which lacks paid maternity-leave policies that could allow more women to directly breastfeed for a prolonged period, Feldman-Winter noted.

As researchers learn more about the benefits of direct breastfeeding, she said, the findings will have not only health implications, but "cultural" ones.

"As a society, we'll have to decide what our values are," Feldman-Winter said. And that may mean finding "creative solutions" to help more working mothers directly breastfeed, she said.

The U.S. National Institute of Child Health and Human Development has more on the benefits of breast milk.