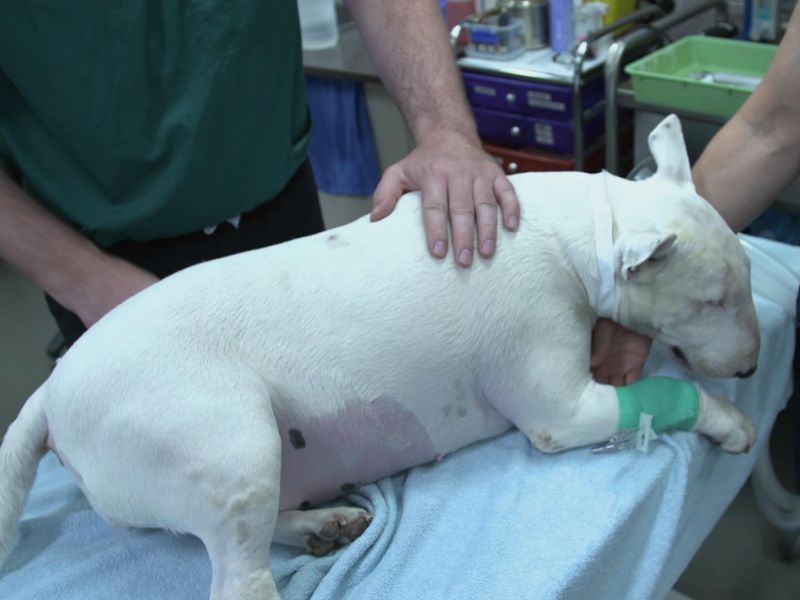 A Gel Could Help Treat Cancers in Dogs, and Maybe Kids, Too

A new immunotherapy gel being tested in pet dogs could pave the way for gentler and more effective treatment of one of the most common childhood cancers, researchers say.

Sarcoma is one of the most common cancers in dogs, affecting the bones and soft tissues.

It's also the third most common cancer in children, with 1 in 3 dying from the disease, researchers said.

Sarcoma in canines "presents exactly the same way as it does in children with sarcoma, which is a lump in the tissue of the muscle or bone," said researcher Dr. Joost Lesterhuis, director of Telethon Kids Institute's Cancer Center in Perth, Australia.

The first step in standard treatment is to remove the tumor surgically, but "often some cancer cells are left behind and the cancer just comes back," Lesterhuis said in a center news release.

Now, researchers have developed a therapeutic gel that when combined with surgery, could improve treatment of sarcomas.

The gel, loaded with immunotherapy drugs, is applied inside the surgical wound that's left when a patient has their sarcoma tumor removed, Lesterhuis explained.

"Then over time, the immunotherapy drugs get to work -- drawing immune cells from all over the body and activating them at the site of the tumor to mop up any remaining cancer cells," Lesterhuis said.

The gel has been tested on seven dogs diagnosed with sarcomas at Perth Veterinary Specialists and results have so far been positive, said veterinary oncologist Dr. Ken Wyatt. But animal research doesn't always pan out in humans.

"There doesn't seem to be any problem in the healing of the dogs who've taken part in the trial so far, we seem to be getting a really good response from the gel," Wyatt said in the release. "Everybody's winning -- the dogs are getting treatments they would otherwise not have access to and they're also doing something that could ultimately help children with cancer."

Few advances in sarcoma treatment have occurred over the past three decades, Lesterhuis said. Children are still exposed to high doses of toxic radiotherapy and chemotherapy to prevent cancer recurrence.

"This is a cruel disease and the lifelong side effects that kids suffer from more traditional treatments include learning difficulties, infertility, speech and vision problems and even secondary cancers -- where the treatments themselves cause new cancers to develop" Lesterhuis said.

"Our dream in the end is that with these sorts of immunotherapies we can replace chemotherapy and radiotherapy all together," he added. "But at this stage I would see it as an addition, where we might be able to reduce some of the chemo or radiotherapy."

The Cleveland Clinic has more about sarcoma.