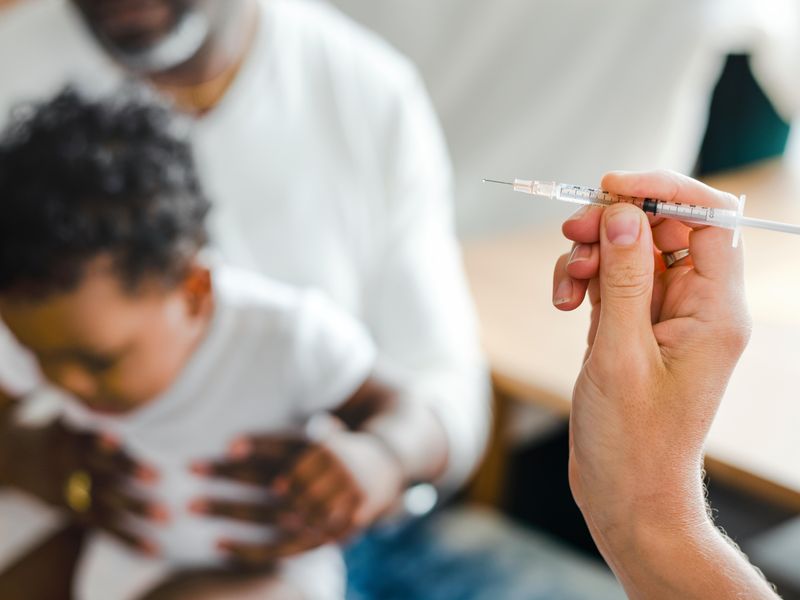 New government data shows that the chickenpox vaccine has virtually eliminated deaths and severe cases of the virus in U.S. children and teens.

In the analysis, released Thursday by the U.S. Centers for Disease Control and Prevention, there were 97% fewer chickenpox cases among people under 20, along with 94% fewer hospitalizations and 99% fewer deaths through 2019. An estimated 90% of American children are now vaccinated against chickenpox.

“The high vaccination coverage the country has achieved has led to a huge decline in cases, from 4 million per year” to around 150,000, Dr. Mona Marin, a medical epidemiologist at the CDC's National Center for Immunization and Respiratory Disease, told NBC News.

Savings from vaccination total about $1 billion annually in medical costs and lost work for parents staying home with sick children, according to the CDC.

Chickenpox-related deaths in kids have been “practically eliminated,” Marin said, noting there were none between 2012 and 2016.

The vaccine, which has been available in the United States since 1995, is a huge success story, Dr. William Schaffner, a professor of infectious disease at the Vanderbilt University Medical Center in Nashville, Tenn., told NBC News.

The CDC recommends two doses of vaccine for children, teens and adults who have not had the virus.

“We have to keep vaccinating to maintain those benefits,” he added. “Otherwise, the disease will come back since it still exists around the world.”

Before the vaccine's creation, about 100 to 150 people died from the virus annually and 10,000 to 13,000 were hospitalized, Dr. Leonard Krilov, chair of pediatrics and chief of the division of pediatric infectious diseases at the NYU Long Island School of Medicine, told NBC News.

The risks of the chickenpox virus are higher for pregnant women and immunocompromised people, Marin noted. A maternal infection can also cause blindness, deafness, limb deformity and death in a newborn.

Before vaccines were available, about 200 pregnant women were hospitalized each year. “In 2018 and 2019, there were just three or four,” Marin said.

While generally mild without lasting effects, “for a small percentage of people the disease can be deadly,” Dr. Jason Zucker, an infectious disease expert at Columbia University's Vagelos College of Physicians and Surgeons, told NBC News. “Being able to reduce the rate of new cases by 97% is amazing, and it shows how effective vaccines can be.”

Vaccination may provide additional benefits, such as significantly lowering the risk of developing shingles, which is triggered by the same virus. The virus can hide in the body for years, causing a painful rash when it reactivates.

Data on that will take time to reveal itself, but researchers think there will eventually be much less risk of shingles in older adults.

“We have data for people up to age 25 and we see the rate of reactivation of the virus is much lower in children and adolescents who have been vaccinated,” Marin said. “So, we anticipate the lower risk of shingles will ultimately extend to the entire population.”

The World Health Organization has more on chickenpox.