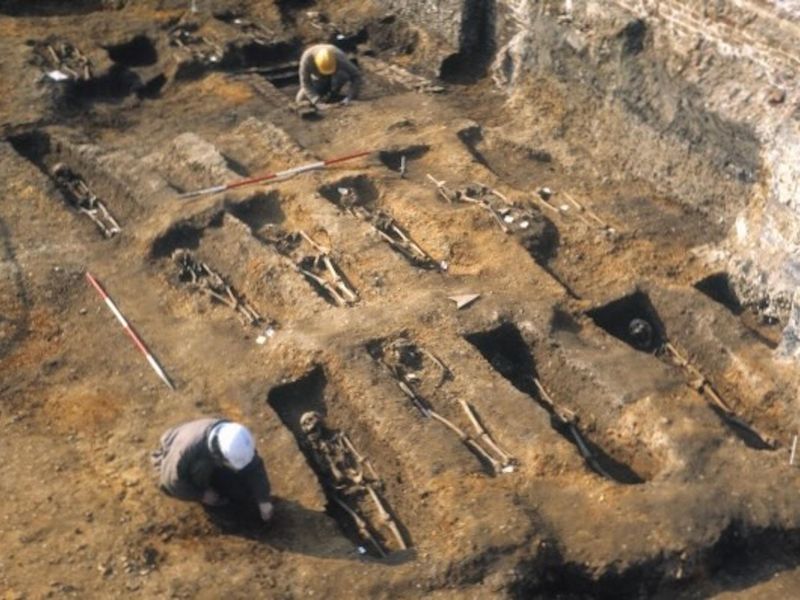 The Black Death pandemic wiped out as many as half of the people living in some of the Middle Ages' most densely populated places, sweeping through Europe, Asia and Africa nearly 700 years ago.

Now genetic analysis has revealed why some of our ancestors died while others didn't — and how the plague continues to affect human health to this day.

An international team of researchers has identified four genes, all involved in the production of immune system proteins, that either protected or rendered a person susceptible to plague, according to a report published Oct. 19 in the journal Nature.

The researchers focused on a 100-year window before, during and after the Black Death reached London in the mid-1300s. The plague is caused by the bacterium Yersinia pestis.

The team analyzed more than 500 ancient DNA samples extracted mainly from the remains of Londoners who died before the plague, died from the plague, or survived it.

Some samples were drawn from people buried in the East Smithfield plague pits used for mass burials in 1348 and 1349. Additional samples were also taken from remains in five other locations across Denmark.

The researchers found that people with two identical copies of one immune system gene in particular, ERAP2, survived the pandemic at much higher rates, because this particular gene allowed for more efficient neutralization of Y. pestis.

People with the protective variant of ERAP2 were 40% to 50% more likely to survive than those with a “bad” copy of the gene, the investigators found.

“Even a slight advantage means the difference between surviving or passing," said evolutionary geneticist Hendrik Poinar, director of McMaster University's Ancient DNA Center in Hamilton, Ontario, Canada. "Of course, those survivors who are of breeding age will pass on their genes.”

But evolution cuts both ways, the study authors said in a university news release. Human immune systems have evolved since the Black Death to the point where what had been a protective gene against the plague is today associated with an increased vulnerability to autoimmune diseases, such as Crohn's disease or rheumatoid arthritis.

The Mayo Clinic has more about the plague.