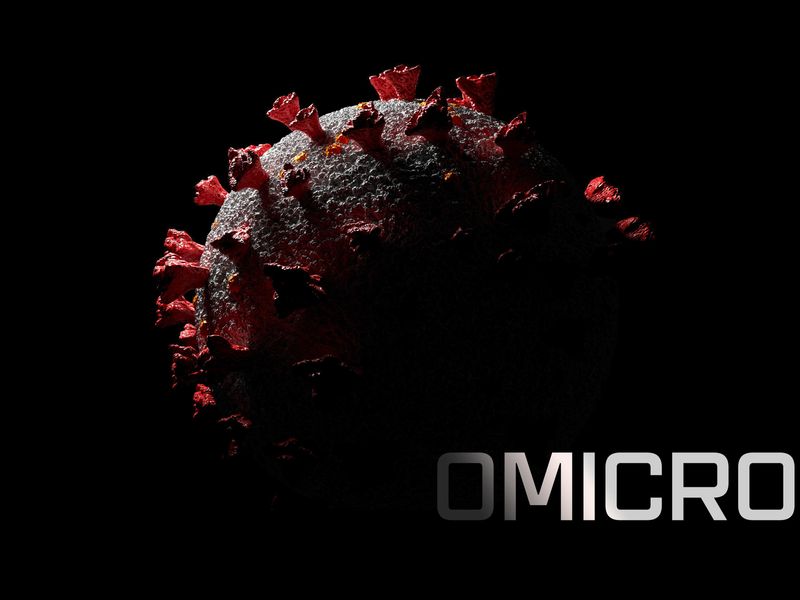 Luckily, they're related to the Omicron variant BA.5, so recently updated booster shots should provide some protection against the new variants, known as BQ.1. and a descendant called BQ.1.1. Together, they now comprise over 10% of new infections in this country, the U.S. Centers for Disease Control and Prevention reported Friday.

"When you get variants like that, you look at what their rate of increase is as a relative proportion of the variants, and this has a pretty troublesome doubling time," Dr. Anthony Fauci, President Joe Biden's chief medical adviser, told CBS News.

Scientists first named BQ.1 in September. That strain and its descendant together now comprise about 11.4% of U.S. infections, while BA.5 accounts for 70% of new cases and BA.4.6 is responsible just over 12% of current infections.

“While BQ.1 and BQ.1.1. represent a small but fast-growing subset of the Omicron variant, BA.5 remains the dominant lineage in the United States," CDC spokesperson Kristen Nordlund said in a statement.

Previously, the CDC didn't separate the two new variants in its weekly report because they "were circulating at less than 1% in the empiric data," CBS News reported

Even so, the freshly reformulated boosters from Moderna and Pfizer that were approved in September could help blunt a BQ.1 surge, Fauci noted. Those boosters had been available for Americans ages 12 and up, but are now available for children age 5 and older.

"The bad news is that there's a new variant that's emerging and that has qualities or characteristics that could evade some of the interventions we have. But the somewhat encouraging news is that it's a BA.5 sublineage, so there are almost certainly going to be some cross protection that you can boost up," Fauci said.

Still, the pace of those getting their shots is slowing.

"That's the thing that's so frustrating for me and for my colleagues who are involved in this, is that we have the capability of mitigating against this. And the uptake of the new bivalent vaccine is not nearly as high as we would like it to be," Fauci added.

Health officials are also worried that the latest variant will evade Evusheld, an antibody drug that is being used to protect immunocompromised Americans who do contract the virus. No data on this is available yet, drug maker AstraZeneca told CBS News.

"That's the reason why people are concerned about BQ.1.1, for the double reason of its doubling time and the fact that it seems to elude important monoclonal antibodies," Fauci said.

Mutations in BQ.1 and other strains scientists are paying attention involve specific parts of the spike protein. It's not yet known how the mutations might affect severity of disease.

Still, infection rates have been improving in the United States. Only about 1% of Americans live in areas with “high” community levels of virus, CDC data shows, while fewer than half of counties have high enough transmission to require masking in hospitals and nursing homes.

However, New York and New Jersey are both seeing growth in hospitalizations and nursing home infections, both states where 20% of infections are now from the new BQ.1 or BQ.1.1 variants, CBS News reported.

"As much as you want to feel good about the fact that cases are down, hospitalizations are down, we don't want to declare victory too prematurely. And that's the reason why we've got to keep our eye out on these emerging variants," Fauci said.

The World Heath Organization has more on COVID-19.